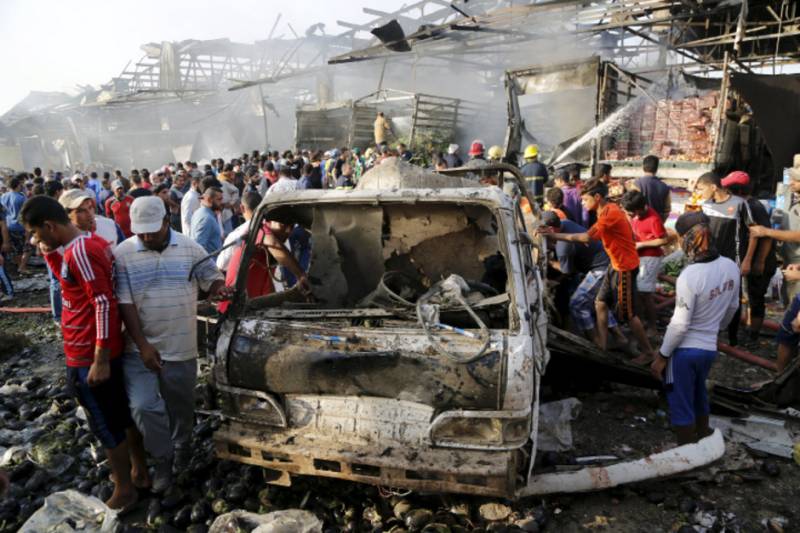 BAGHDAD (APP) - At least 23 people were killed and 68 others wounded when three bombs went off in central Baghdad on Thursday, security and medical sources said.

Two suicide blasts claimed by Islamic State killed at least 19 people in the commercial district of Bab al-Shargi, a demonstration that the terrorist group can still launch attacks in the heart of the capital despite government efforts to thwart them.

A third explosion in the nearby Bab al-Muadham district killed four people, the sources said. A hospital source said the bombs had wounded a total of 68 people.

Baghdad is trying to dislodge Islamic State from large swathes of the country's north and west, but advances have been slow, particularly in the western province of Anbar, where Baghdad has been focusing its attention for months.

As part of a reform campaign aimed at combating corruption and improving people's daily lives, Prime Minister Haider al-Abadi has directed security commanders to ease civilian access to the Green Zone, just across the Tigris River from the site of Thursday's attacks.

He also ordered the elimination of no-go zones set up by militias and political parties in response to more than a decade of bombings, but removal of the gray concrete blast walls and barriers that line many of Baghdad's thoroughfares has been slow.