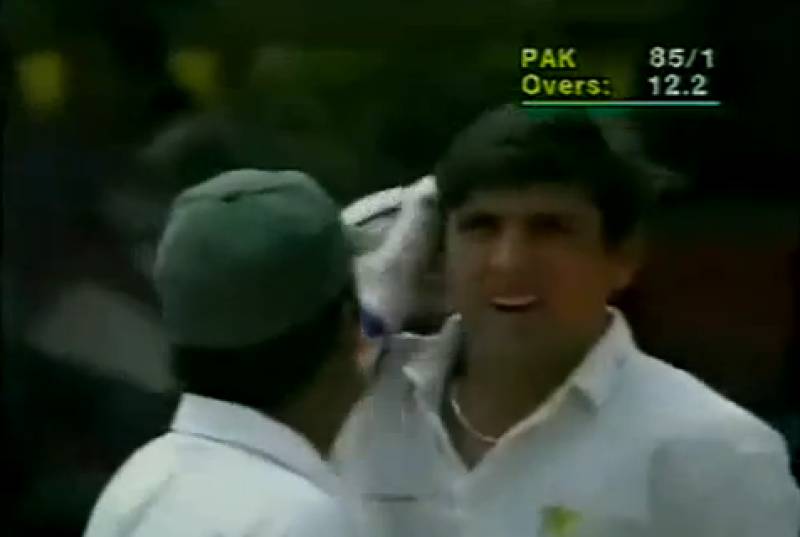 LAHORE (Ali Zain) - In 2015 when Pakistani cricketer Shahid Afridi has said good bye to One Day Cricket many memories of Boom Boom Afridi still remain to be full of temptation. One of them is Afridi's ODI match in which he scored world's fastest one hundred score.

It was October 4, 1996 when young Afridi, who was merely 16 years and 217 days, stepped into cricket ground against Sri Lanka. The player was there to bat but probably he did not have proper playing kit to face Sri Lankan bowlers. Hence he was provided with boots and helmet of Pakistani spinner Saqlain Mushtaq and bat of legendary Indian batsman Sachin Tendulkar.

But who knew he was going to make history. When he batted, the not-prepared youth managed for a new world record. He belted 11 sixes and 6 fours in that 37-ball innings which remained world's fastest ODI century for 6,297 days till January 1, 2014.

Afridi recalls the biggest event of his life saying "I had just got into Pakistani cricket team and during the practice session in Nairobi Waqar Younis gave me a bat and said, play with this and see, it is Sachin's bat". The bat really proven to be lucky for Pakistani star.

"I feel very honored for playing with Sachin's bat in my first ODI match, Sachin had given the bat to Waqar Younis requesting him to get a similar one from Sialkot", Afridi adds. Boom Boom Afridi still has the historic bat with him.