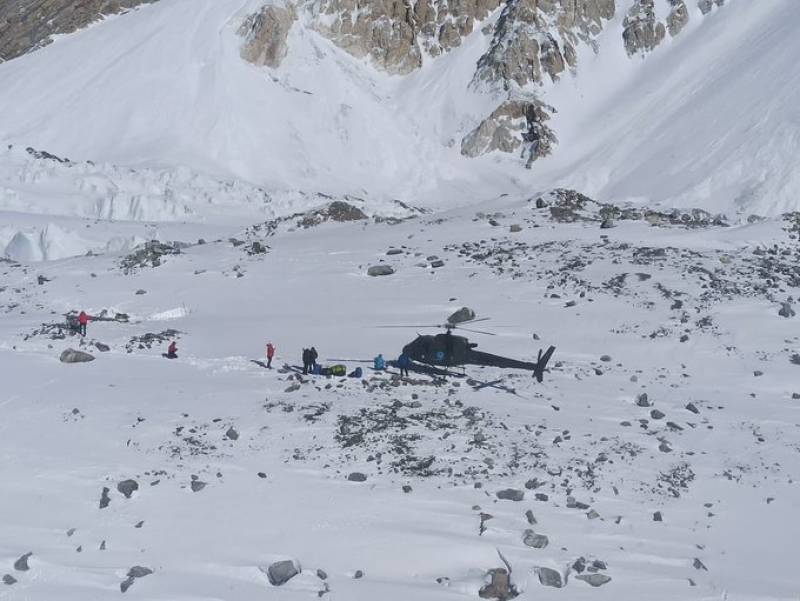 NEW YORK – The United Nations launched a plan to conduct mapping of glaciers in northern Pakistan after the country was badly hit by floods due to climate change.

The mapping will help quantifying the ice melting and set up an alarm system that will help Pakistan to tackle risks posed by the worsening climate situation.

Since June 2022, Pakistan has endured abnormal monsoon weather resulting in a serious humanitarian and development crisis.

According to government estimates, about 33 million people across the country have been affected by unrelenting heavy rains and flooding – the worst in decades.

UN Development Program’s resident representative in Pakistan Knut Ostby told international media that mapping of 5,000 glaciers will be conducted in 18 months, adding that the South Asian country contains most glacial ice in the world outside the polar regions.

He stressed that early mapping was necessary as lakes have emerged in mountains due to melting of glaciers, which pose serious flood threats to low-laying areas.

Ostby said that the project will lead to developing sustainable strategies to avert devastation, being faced by Pakistan, as recent deluges have exposed the power of climate change to the world.

Earlier this year, UNDP installed alarm systems 24 valleys of flood-hit Khyber Pakhtunkhwa and Gilgit-Baltistan. He said that similar systems should be set up in 110 valleys of the northern areas.

Knut Ostby said that the UN has made an appeal to collect $160 million for flood victims in Pakistan.