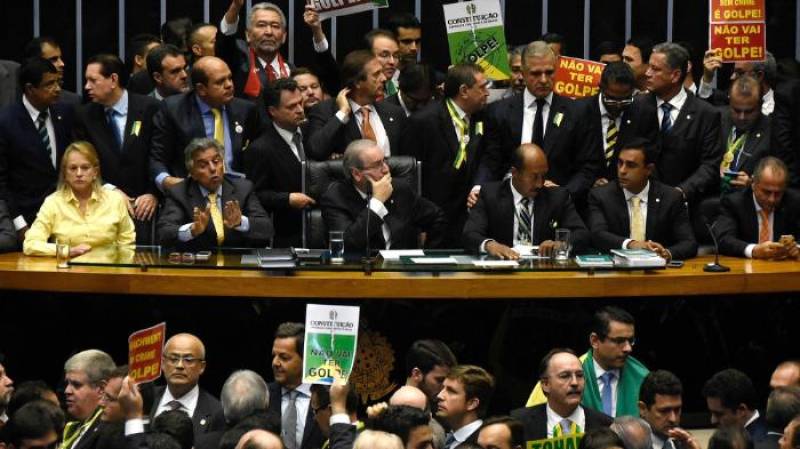 BRASILIA (News Desk) - In Brazil, the lower house of Congress has voted in favour to impeach President Dilma Rousseff following a series of country protests against the incumbent government over charges of manipulating government accounts for political gains.

After lower house's approval, now the impeachment move has moved to the Senate, the upper house of Parliament.

If by a simple majority the Senate also votes to take it up and put the president on trial, Rousseff will be suspended.

However, Ms Rousseff denied the charges and accused opponents of mounting a "coup," in a statement issued after voting in the lower house.