Because of drug smuggling PIA has fallen into disrepute across globe 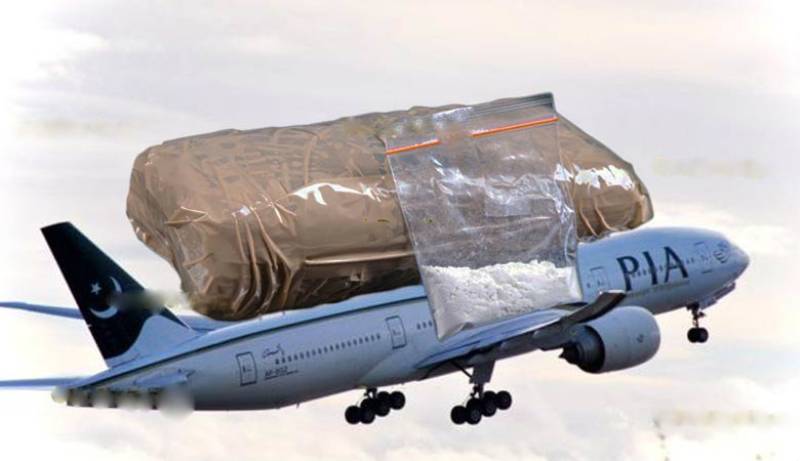 ISLAMABAD - PIA has set a record during the last four years by beating all the previous ones in heroin smuggling.

During May 2013 and May 2017, three mounds of heroin were seized. Government was surprised at the report pertaining to the working of PIA and heroin smuggling presented in Parliament.

At Karachi airport,  there have been six instances of Anti Narcotics Force (ANF) seizing heroin worth of millions of rupees, whereas two aircraft have been apprehended. Action has been taken against 198 PIA employees. The drug had been concealed in international flights, indicating that cleaners, engineering department staff and senior officials were involved in this crime.

In Toronto, Canada, security agencies seized nine-kilogram heroin and Pakistan government was advised accordingly. Other contraband goods were also seized following a tip off at Milan and Toronto from other PIA flights. The report says that three mounds of heroin were seized following the search of 11 PIA flights.

The report further says that PIA high officials and staffers were involved. It added senior Air Hostess Maya Fakhari was also involved in this trade and her case is in the court of law.

PIA is discredited across the globe for drug smuggling. Former Prime Minister Mian Nawaz Sharif and his government could not succeed in combating this menace despite the arrest of PIA staff at various international airports. - Online