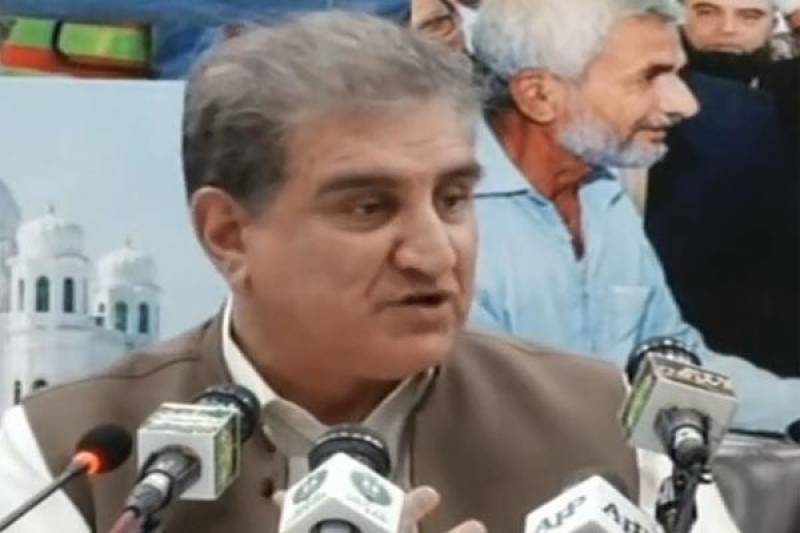 Addressing a joint press conference along with members of the federal cabinet about the government’s two years’ performance, the foreign minister said that a visible shift during the last two years of the Pakistan Tehreek-i-Insaf’s (PTI)government was witnessed on the foreign policy front.

Dilating upon these achievements driven by four main objectives, he said Pakistan effectively countered Indian agenda of pushing the country into diplomatic isolation with effective representation of its narrative which helped in forging new understanding at the regional and international levels.

Indian maneuvers were effectively defeated which was evident from the regional context where all the neighboring countries including China and Nepal had rejected Indian expansionist designs, he added.

About, Pakistan-China time tested ties, the foreign minister said that they succeeded in transforming this strategic partnership into an economic partnership because they had shared objectives. He said both the countries wanted to strengthen these ties further.

Qureshi further said during Prime Minister Khan’s visit to Turkey, a decision was taken on new trade and investment framework.

Besides, the expanding partnership with the European Union, the government also launched its ‘Engage Africa’ initiative to put their footprint in the largest continent with immense trade and business opportunities.

“It is because of the economic diplomacy that the initiative was launched,” he said, adding that trade and business officers were being deputed there.

The foreign minister said the prime minister’s economic COVID-19 relief initiative for developing countries also drew an immense response from the United Nations besides, his effective portrayal of issues like Islamophobia.

Qureshi said the Kashmir issue which had been, by designs treated as a back burner in the past, was now made an international issue due to hectic efforts by the prime minister. He mentioned that the government effectively raised the Indian government’s illegal steps, Hindutva policy against minorities, ceasefire violations, etc; at all global fora.

He said it was due to these efforts that the UN Security Council discussed the Kashmir issue thrice during one year period. The two reports of 2018 and 2019 over Indian Illegally Occupied Jammu and Kashmir by the UN representatives had fully exposed India.

The foreign minister said the Organization of Islamic Countries had also issued a joint statement over IIOJK condemning the illegal and unilateral Indian actions.

Qureshi said the world had spent billions of dollars in Afghanistan and tried a military solution in the war-ravaged country, but now the whole world including the United States had been openly acknowledging prime minister’s consistent stance that only political solution was key to bringing lasting peace in Afghanistan.

“The whole world acknowledged Pakistan’s vital role in supporting and facilitating the Afghan peace and reconciliation process. Mike Pompeo had a telephonic conversation with me and he appreciated Pakistan’s role in this regard,” he added.

The foreign minister further said that the intra-Afghan dialogue would soon commence furthering the objectives of bringing durable peace in the country.

Qureshi also mentioned different reforms in the foreign ministry including setting up crises management cell during the COVID-19 pandemic and facilitating the return of 214,000 stranded expatriates through arrangements of special flights and setting up state of the art Foreign Services Academy in the old Chinese embassy building, strategic communication cell, issuance of E-visa also FM direct mobile app through which ambassadors and foreign office officials across the world could send their suggestions to him directly.