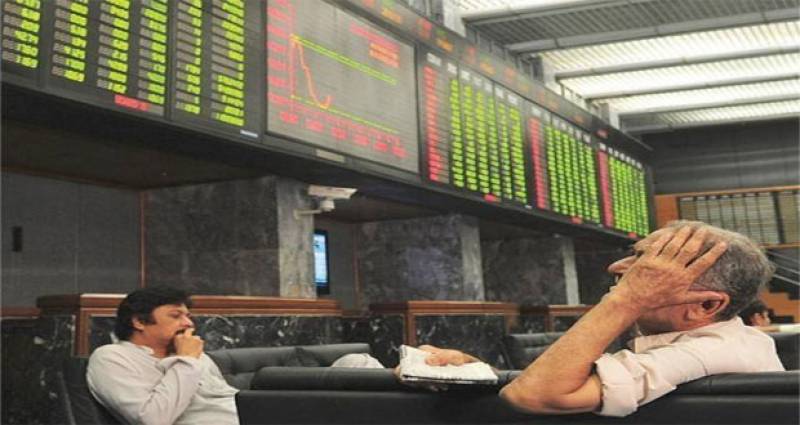 KARACHI - As the uncertain political situation hit the stock market and dented investor confidence, Pakistan Stock Exchange (KSE-100 Index) could not maintain its position in the world in 2017 as it had held in 2016.

As per yearly review by Bloomberg for the period Dec 18, 2016- Dec 18, 2017, Pakistan has been ranked as the worst performing stock market in world equity index ranking with losing 21.54 percent.

PSX 100-Index took a nosedive during this year as it was stood at fifth best performing stock market in the world by gaining 43.05 percent in 2016. 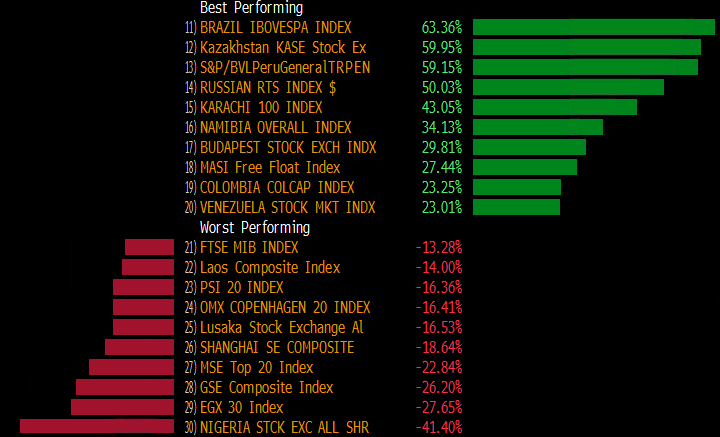 With the start of running year 2017, the 100-Index managed to cross a psychological barrier of 50,000 points in January for the first time, but it could not maintain the position in coming months. However, the PSX again crossed 50,000 points limit in April, after a five-member bench of the Supreme Court announced the verdict in Panama Papers case by forming a three-member bench to further hear the case.

The 100-index suffered great losses after investors prevented themselves from investing in the market following the disqualification of former prime minister Nawaz Sharif by the three-member bench of the apex court in Panamagate case.

The political situation remained uncertain after the verdict, while the ruling government of PML-N also faced political set back after an amendment was made to a clause regarding finality of the Prophethood (PBUH) in election reforms bill.

Currently, the PSX 100-index is trading below 40,000 points, showing the weaken confidence of investors.

However, Venezuela Stock Market Index remains best performing stock market in the world by gaining 4256.34%. It is followed by MSE Top 20 Index with 84.29%.