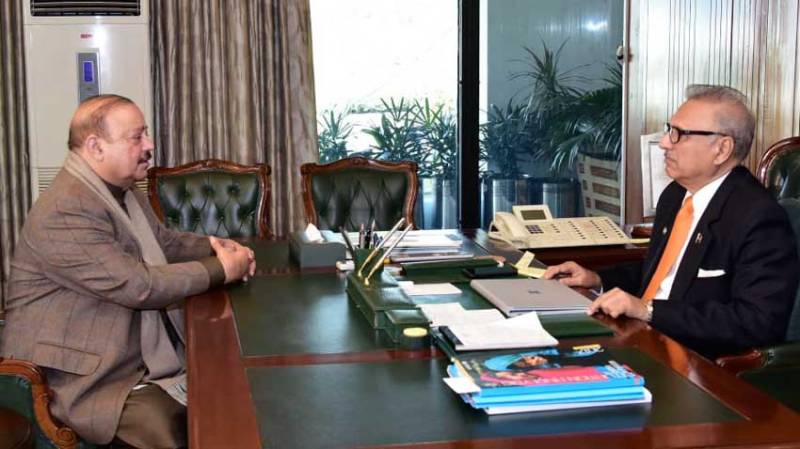 ISLAMABAD – President Dr Arif Alvi Tuesday said that Pakistan is desirous of forging friendly relations with all countries including its neighbours and wanted resolution of all issues through dialogue.

Peace in the region would remain elusive without resolution of Kashmir issue, he added.

The president was talking to former prime minister of Azad Jammu and Kashmir Barrister Sultan Mehmood Chudhary, who called on him in Islamabad.

Alvi said as Jammu and Kashmir was an unfinished agenda of partition, Pakistan would continue to extend moral, diplomatic and political support to the legitimate struggle of the people of Indian Occupied Kashmir (IoK).

Expressing great concern over the ongoing atrocities and brutalities being perpetrated against the innocent Kashmiris by Indian security forces, the President called upon the international community to play its due role towards stopping these grave human rights violations and resolving the longstanding Kashmir dispute in accordance with the UN resolutions and the aspirations of the people of Kashmir.

He lauded the resolve and bravery of Kashmiris in the face of Indian aggression and occupation.