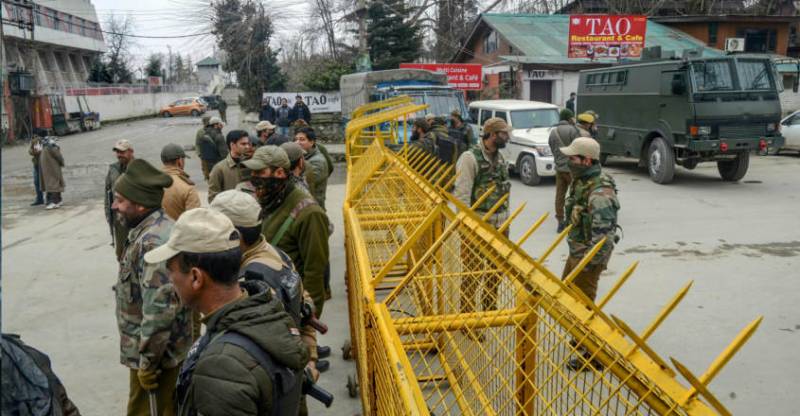 SRINAGAR - Four soldiers, including an Army Major, were killed in an overnight gunfight with Jaish-e-Mohammad militants in Jammu and Kashmir's Pulwama, days after over 40 soldiers were killed there in an attack on a Central Reserve Police Force (CRPF) convoy.

The gunfight started Sunday night after security forces surrounded Pinglena village upon receiving a tip-off that (JeM) men were hiding in the area, reported Indian media.

Those killed belong to the 55 Rashtriya Rifles. Two or three militants terrorists are believed to be still hiding in the area and firing is on. A civilian was also killed in the encounter, said the police.

According to the police sources, Sunday night's gunfight site is some 10 km away from the suicide at.sucide point.