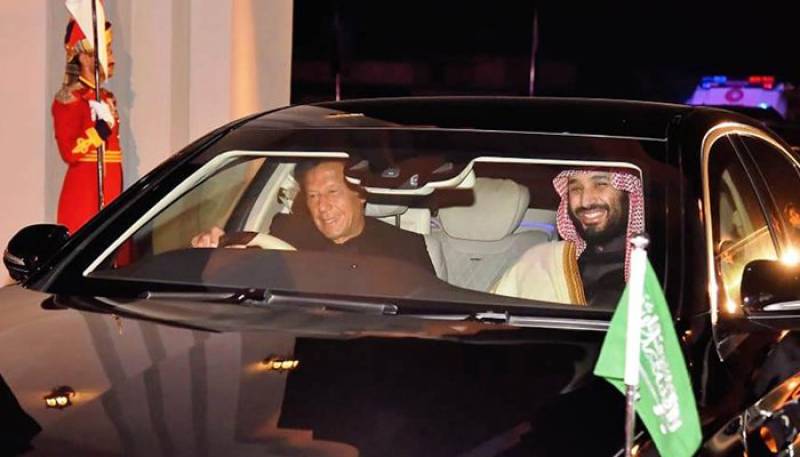 The crown prince, is scheduled to start his day with breakfast with Prime Minister Imran Khan in the PM House, reports Geo News.

The crown prince and PM Imran will discuss Memorandums of Understanding (MoUs) during the breakfast whereas the two nations' minister will talk progress on the agreements to be signed.

Later in the day, a Saudi delegation led by MbS will meet Asad Qaiser, the speaker of the National Assembly, with the MNAs also present.

Subsequently, Senate chairperson Sadiq Sanjrani will lead a meeting with the members of the Senate.

The Saudi leader will also be participating at an event slated to take place at the President House, where he will be honoured with the Nishan-e-Imtiaz. MbS will also meet Chief of the Army Staff General Qamar Javed Bajwa.

A luncheon has been scheduled at the President House in honour of the crown prince.

Prince Mohammed arrived in Islamabad, on Sunday, a day after he was originally scheduled to land. He was greeted by PM Imran and General Bajwa and given a red-carpet welcome with a 21-gun salute.