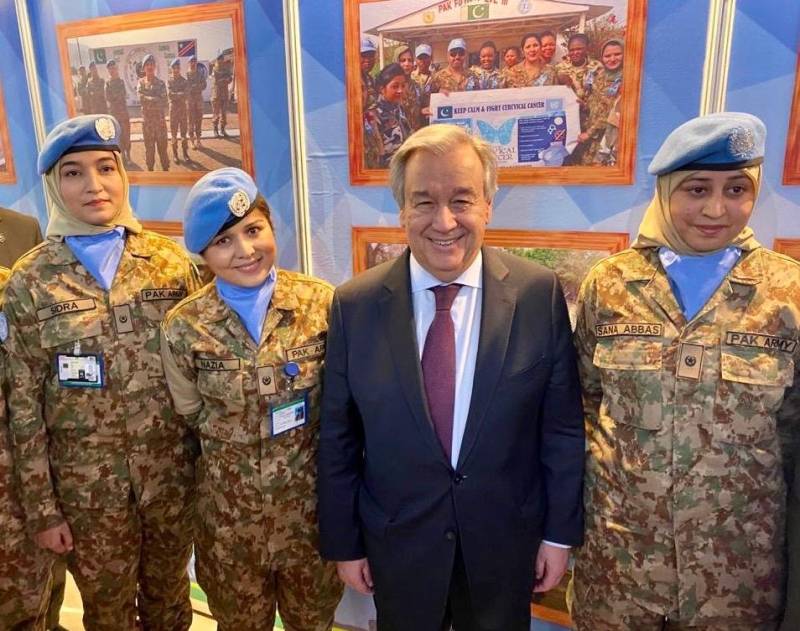 LAHORE - UN Secretary General Antonio Guterres has hailed Pakistan's peacekeeping contributions under the banner of the United Nations (UN) around the world.

In a tweet, the Secretary General said that Pakistan is amongst the top contributors to the UN peacekeeping missions.

Pakistan is among the top contributors to @UNPeacekeeping.

It was inspiring to meet some of the brave women and men who are #ServingForPeace around the world. Thank you for your service and sacrifice!https://t.co/ybi2GACkDe pic.twitter.com/r0VQNV1hkD

The UN chief also thanked the brave women and men for their service and sacrifice who are serving for peace around the world.