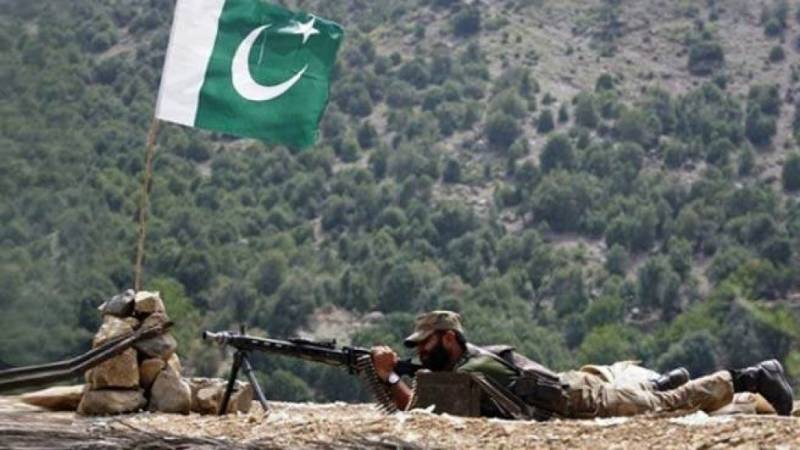 RAWALPINDI (Staff Report) - Only after two days of killing five Pakistani civilians by cross-border fire, Indian border forces on Saturday morning once again violated the ceasefire accord and resorted to firing along with the Line of Control (LoC) at Jammu and Kashmir sector, the Inter Service Public Relations (ISPR) reported.

The incident was reported on the first day of Eidul Fitr at Neza Pir sector. However no casualties have been reported so far.

In a tweet, Bajwa said, “Indians fire across LoC at Nezapir again. Pattern shows they resort to such violations every festive occasion. Ironic they violate and also accuse.”

The recent spree of firing at LoC has been started earlier this week. Three Pakistanis were killed and five others injured in Sialkot's Chaprar sector, whereas another person was killed in firing across the LoC in Rawalakot's Neza Pir sector in separate instances of unprovoked firing by Indian border forces.

Indian Border Security Force (BSF) had also claimed that Pakistani troops fired heavy mortar shells on Wednesday, adding that one woman was killed and three civilians injured when one of the shells exploded near a border village. 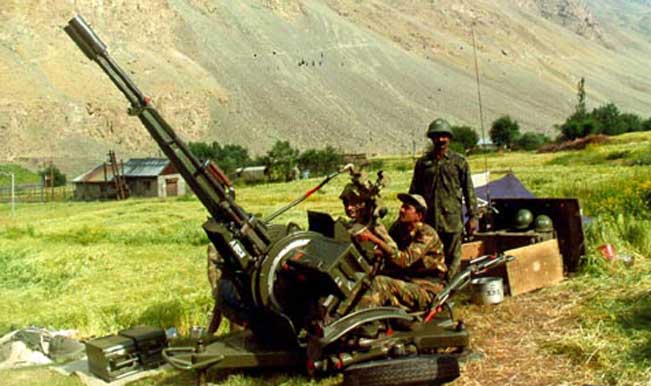 Indian and Pakistani troops often exchange fire along the de facto border in Kashmir, with both sides routinely blaming the other for initiating the violence.

Ghulam Mustafa, Rahat and Muhammad Boota were killed in Sialkot. Zarina Bibi, an 18-year-old, was killed in Rawalakot.

Instances of unprovoked firing across the Indo-Pak border have occurred intermittently over the years.

In March 2015, Indian border forces opened unprovoked fire on some villages in the Charwah sector along the Working Boundary, violating the ceasefire accord, and targeted civilian population.

In December 2013, the two countries had pledged to uphold the 2003 ceasefire accord which was left in tatters by repeated violations that year. The truce breaches had put the nascent bilateral peace dialogue on hold. 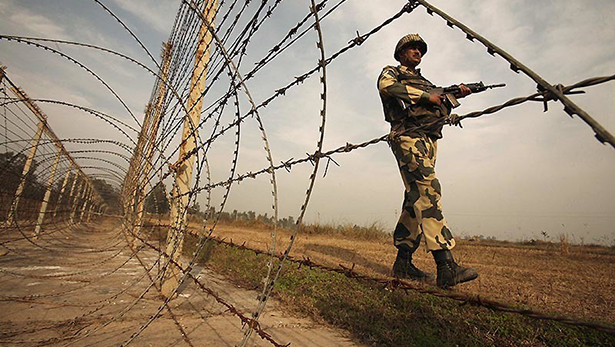 On Friday, Indian High Commissioner to Pakistan T C A Raghavan was summoned to the Foreign Office by Foreign Secretary Aizaz Chaudhry to lodge a strong protest over airspace violation at Banchirian Sector near Bhimber.

An Indian spy drone had entered Pakistan’s air space in violation of the international law, Pakistan’s territorial integrity and the two agreements of 1991 on Air Space Violation and SOPs of advance notice for military exercises, military maneuvers and troops movement. The UAV was shot down by Pakistani troops.

FO spokesman said the protest was also lodged over the unprovoked ceasefire violation by Indian BSF at Phuklian-Akhnor sector on July 15 which continued until sunset.

Raghavan assured to convey the message to his authorities accordingly.