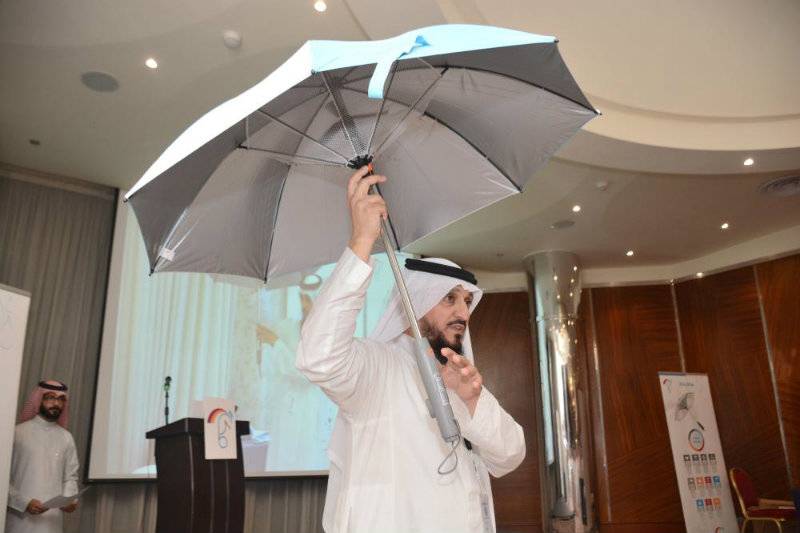 JEDDAH - A Saudi engineer has invented an air-conditioned umbrella which uses solar energy or batteries to assist Hajj pilgrims avoid dehydration and heat exhaustion as temperatures soar over 40°C in the holy sites.

‘Makkah Umbrella’ is lightweight (610 gram only), easy to use, has a two-speed fan, and is easily connected to any water bottle installed in the canopy with a hand pump to push the water to the sprinklers.

ISLAMABAD - The pre-Hajj flight operations will start from July 24 and will continue till August 26 this year, the ...

Describing his invention, Mohammed Hamid Sayegh, a resident of Makkah, said during the official launch of his invention in Jeddah: "The demand for umbrellas has soared over the past years due the high heat and most of the foreign pilgrims from Europe, Asia and other parts of the world prefer to use umbrellas during their Hajj journey." 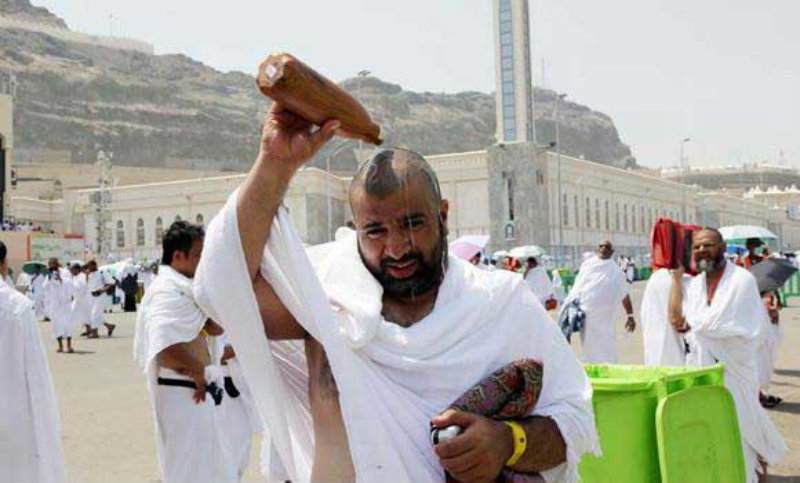 The umbrella, he said, is able to work long hours by spraying water through the pumps. It is characterised by high capacities and is economic in water consumption making it an ideal choice for pilgrims, especially during this year and years which will witness unprecedented rise in temperature.

Raed Matar, marketing and sales manager of “Makkah Umbrella” was happy with the arrival of this umbrella this year which was made in China in order to create an appropriate atmosphere in the holy sites, the Saudi Gazette reported.

He also noted that this unique umbrella will not only be used by pilgrims but also others in this hot weather.

Sayegh has already registered his invention at King Abdulaziz City for Science and Technology (KACST).