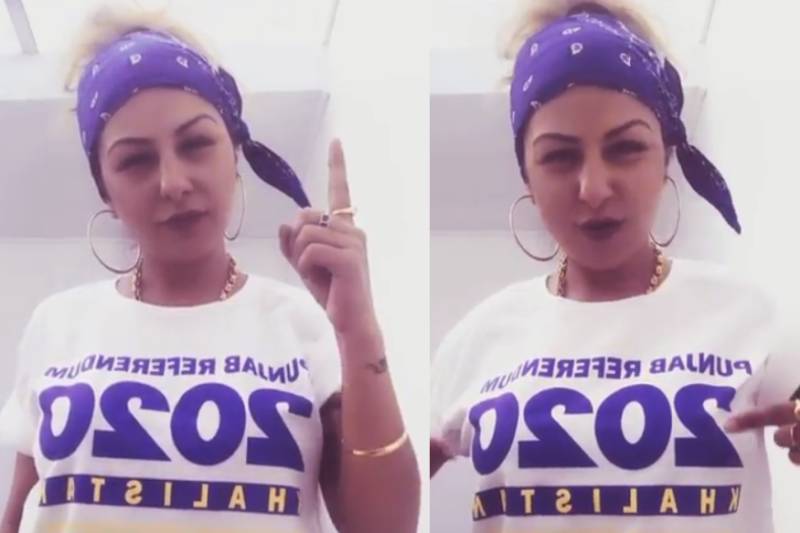 In a series of Instagram posts earlier this week, Kaur advocated for the Sikh fundamentalist organisation Sikhs For Justice (SFJ) and its “Referendum 2020” campaign, drawing the ire of nationalists and anti-Sikh elements.

Kaur also shared videos on “Khalistan Freedom movement” with the caption: “Every minority state is fed up of Indian government & the racist Hindus. No one wants to live with you because you are the most dirty minded people in the world...Indians hate the truth.”

In one of the videos, Kaur could be seen wearing a T-shirt advocating the “Referendum 2020” campaign; Kaur also tagged Punjab Chief Minister Amarinder Singh and Shiromani Akali Dal President Sukhbir Singh Badal in her posts.

The rapper's commentary comes days after the Union Home Ministry banned the Sikhs for Justice group for its alleged anti-national activities.

Kaur has been making political commentary in the past as well. She is a blunt critic of the ruling regime and often takes aim at them in her social media posts.

Earlier in June, Kaur was charged under various IPC sections such as sedition and defamation for her social media posts against Uttar Pradesh Chief Minister Adityanath and Rashtriya Swayamsevak Sangh chief Mohan Bhagwat.

SFJ had started the online secessionist campaign, the ‘Sikh Referendum 2020’. The group's primary objective is to establish an 'independent and sovereign country' in Punjab. Punjab Police had registered 10 different cases against the SFJ and it's members, while the NIA is also probing the group in one case.