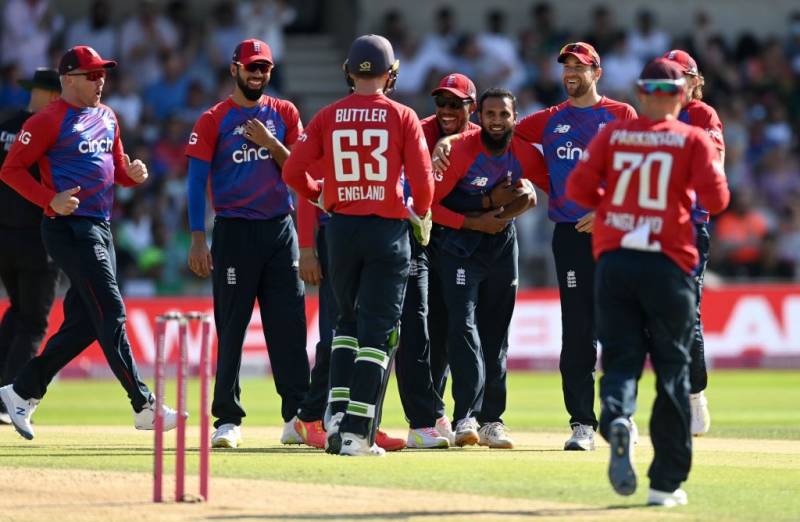 Pakistan restricted England to 200 all out at Headingley, Leeds. The guests were 155/9 at the end of the their innings, falling short of 45 runs to winning the match.

GET IN 💪 We keep the series alive!

Babar Azam-led Pakistan team has the chance to avenge the crushing ODI series whitewash against England by taking the series today.

Earlier in the first match of the T20I series, Pakistan beat England by 31 runs at Trent Bridge on Friday despite a striking ton from Liam Livingstone. Pakistan captain made 85 and shared an opening stand of 150 with Mohammad Rizwan in a national record T20 total of 232-6.

Both teams are facing each other for the 20th time in T20I history. Meanwhile, team Green is being led by the world's number one ranked ODI batsman, Babar Azam, while Eoin Morgan will be leading the other side.

Right-handed batsman Jos Buttler will also return to the England side for the second T20 international after recovering from a calf injury. He has not played any match since the first T20 against Sri Lanka on June 23 but will regain his place at the top of the order at Emerald Headingley as England look to level the three-game series against the visitors after losing a run-fest at Trent Bridge.

BIRMINGHAM – Pakistan outclassed England in the first Twenty-20 of three match series at Nottingham on Friday, ...

KARACHI – After a major blow in the One-day International (ODI) series against England, Pakistani captain Babar ...