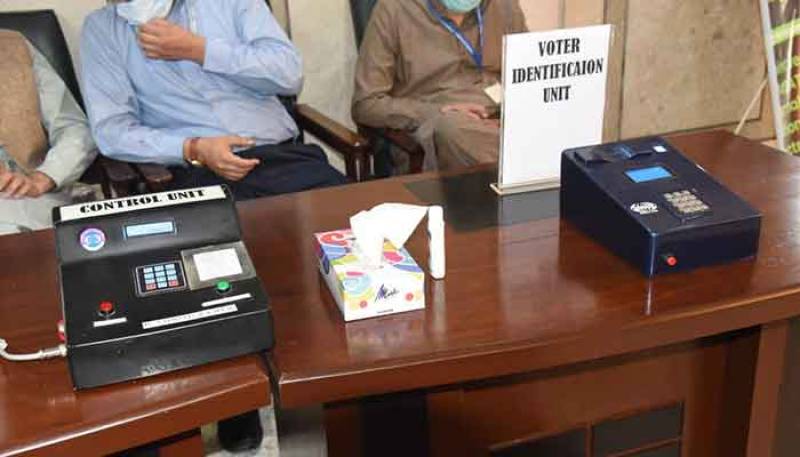 ISLAMABAD — Pakistan’s Ministry of Science and Technology on Tuesday put an electronic voting machine (EVM) on display at the Parliament House on a trial basis.

According to a press release issued by the National Assembly Secretariat, the machine has been installed at gate number 1 of the Parliament House so that parliamentarians and journalists can watch and use it on a trial basis.

The press release says that a technical officer will be available by the machine to answer any questions by parliamentarians and journalists about the machine. They can also get themselves familiar with the functions and usefulness of the machine.

"The machine has been put on display on the advice of Prime Minister Imran Khan," the press release says.

The then Federal Minister for Science and Technology Fawad Chaudhry demonstrated to PM Imran Khan last month how an electronic voting machine works.

After the demonstration, PM Khan said that Pakistan’s democratic and electoral process could no longer afford a system that lacked credibility and people’s trust. He highlighted importance of the electronic voting system in making the electoral process transparent.

The prime minister directed the authorities concerned to step up efforts to equip the EVMs with modern security features and take into consideration experience of the developed countries in this regard.