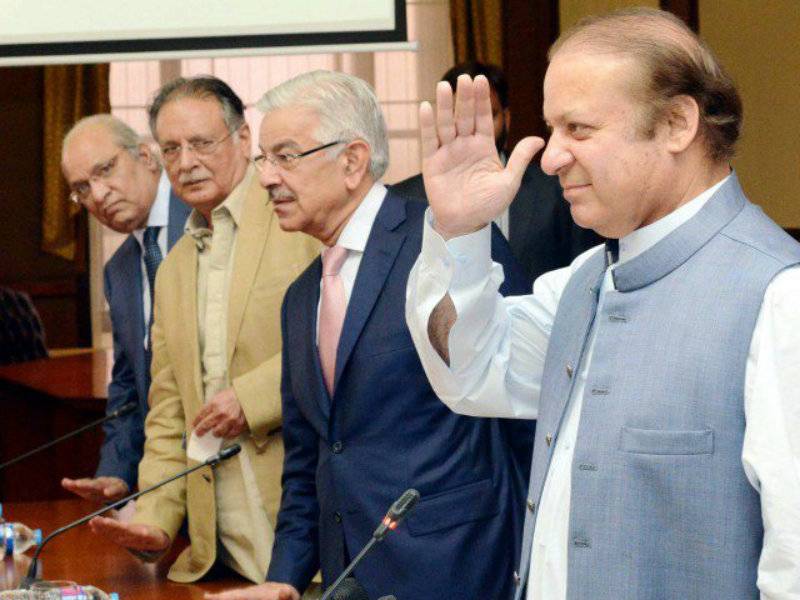 Soon after his re-election as PML-N president, Nawaz Sharif took opposition leader Imran Khan on his Nov 2 plan to shut down capital Islamabad.

“After every couple of years, showmen come one after another to misguide masses, such persons are out today but we are not afraid of them,” the PM said while addressing the party’s central council in Islamabad.

Imran Khan has called upon Pakistan Tehreek-e-Insaf workers to lay siege to Islamabad on Nov 2 until PM resigns or presents himself for accountability in the backdrop of the Panama Papers leaks.

“He got a whole province to rule and improve its conditions, but rather he wasted his time in ‘dance parties’ on container,” the PM stated, in a clear reference to PTI’s protest rallies across the country.

"Forget about Pakistan, the PTI will have washed their hands of KP by 2018," he said, adding that the province would be ruled by the PML-N after the next general election.

"We didn't have money for a single power plant. We needed dollars. If we put up one plant, we wouldn't have enough money for another, and you need lots of power plants to end the power shortage. I would like to thank our friend China from the bottom of my heart," he said, for contributing to the China-Pakistan Economic Corridor.

"These people claim they will come onto the streets and 'jam' Islamabad. We are the people who will continue building roads. You will keep wandering on the streets," he said in an apparent reference to the PTI.

"Look at the difference between the two parties. One has been given a chance to work for Pakistan's progress, while the other has been given a mandate to sing and dance on containers, to wander on streets and to hurl abuse."

Earlier on Tuesday, during an intra-party election, Prime Minister Nawaz Sharif was re-elected president of the PML-N. Others who have been elected unopposed in the intra party elections of PML-N include: Raja Zafarul Haq as Chairman; and Sartaj Aziz, Sir Anjaam Khan, Sikandar Hayat, Changez Mari, Imdad Hussain Chandio, Yaqoub Nasir as the senior vice presidents of the party.

Pervaiz Rashid has been elected unopposed as the Finance Secretary, while Mushahidullah Information Secretary and Ahsan Iqbal Deputy Secretary General of the party.