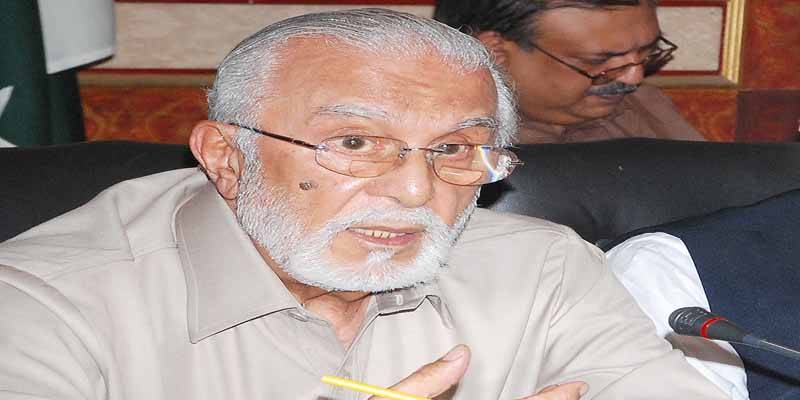 ISLAMABAD - Sardar Zulfiqar Khosa, a dissident of ruling Pakistan Muslim League-Nawaz (PML-N),  is set to join the Pakistan Peoples Party (PPP) as he has welcomed the invitation made by Asif Ali Zardari.

The renowned politician announced it while talking to media at his residence following a meeting with Zardari. He also acknowledged the visit of PPP's co-chairman at his residence.

He thanked Zardari for showing confidence in him, adding that he has long standing relationship with PPP stalwart and will not disappoint him on the invitation.

"I would have announced that I am joining the PPP right now," The Express Tribune reported.

Khosa further said that he will formally announce the decision after having a consultative meeting with friends.

Slamming the PML-N, Khosa said that he had distanced himself from party matters after 2013 as it was not the same for which he had faced jails and made sacrifices.

Meanwhile, Zardari said that he extended offer to Khosa as he wanted to use his expertise for the betterment of the country. He added, "I am trying to bring all my good friends to a platform. Many other friends are ready to join the PPP".

He urged all political parties to team up to make the country prosperous, adding that incumbent government has damaged the economy.

Replying to a question, the former president said that he was not denting the PML-N as it is already facing divisions. He clarified that the PPP did not want early elections.

Zardari said he cooperated with the PML-N just to curb the ways of PTI chief Imran Khan, as he poses great threat to the democracy.

Earlier in 2012, PPP's stalwart Faryal Talpur approached the Khosa family asking them to join the the party following their difference with PML-N. On the invitation, the family had demanded major role in Southern Punjab.

It may be recalled that Dost Muhammad Khosa, who had been appointed the Punjab chief minister by PML-N in April 2008 before Shehbaz Sharif’s election as an MPA, had slammed the N government under Shehbaz Sharif while addressing a news conference in August 2012 and resigned as an MPA, The Nation reported.

This sowed the seed of differences between the two sides which reached its peak in 2014 when Sardar Zulfiqar, Ghaus Ali Shah, leaders of PML-F, APML of Pervez Musharraf, PML-J and other splinters of the Muslim League struggled to restore the basic ideology of the Muslim League.

However, the movement could not be materialised as consensus failed to reach on the leadership role of the alliance.