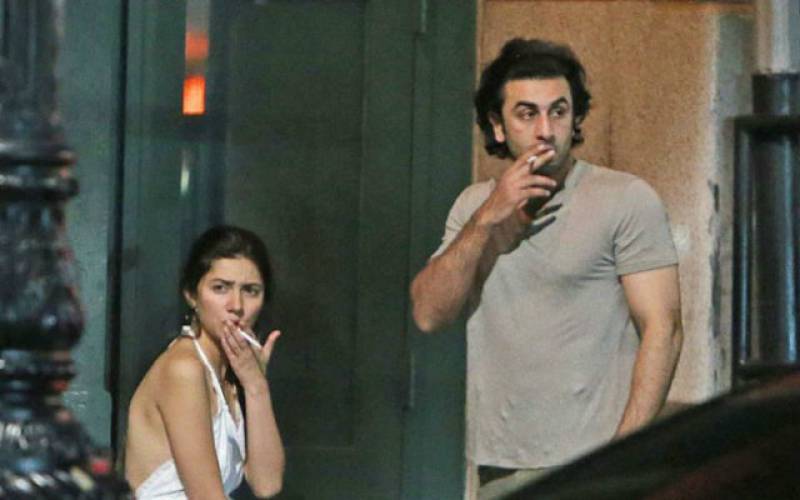 KARACHI -  Pakistani actress Mahira Khan has finally responded to all the bashing that was targeted at her after her pictures of smoking with Bollywood actor Ranbir Kapoor went viral a few weeks ago.

During the trailer launch of her upcoming film Verna, Mahira was asked about her reactions to the entire episode. "It is my personal life and it is very normal for a boy and girl to hang out. Nowadays, (the) media is not only present at events but everywhere. So, I have learnt from it (the incident)."

"I am a very careful person otherwise. People ask me that I do not do this in films, I say I do not want to. Why should I do anything to show the world?" she added.

Earlier, Ranbir had given a statement in Mahira's defense saying, "I've gotten to know Mahira in a personal capacity over the last few months. She is somebody who I admire and respect, for her achievements and even more for the person she is. It is very unfair the way she is being judged and spoken about. What is also sad is the inequality in judgment just because she is a woman. I request you to stop the negativity and move on with your beautiful God-gifted lives. Peace and love. PS: Both smoking and hate are injurious to health."

NEW YORK - Ranbir Kapoor has broken his silence days after his co-star from Pakistan, Mahira Khan, came under fire ...

Mahira made her Bollywood debut in 2017 with Shah Rukh Khan's Raees. She has also worked on television soaps like Humsafar with Fawad Khan and is a single mother to a four-year-old son, Azlaan.

Her new film Verna is a revenge thriller that also stars Haroon Shahid, Zarar Khan, Naimal Khawar and Rasheed Naz. It has been backed by HUM Films and Shoman Productions. Directed by Shoaib Mansoor, who is well-renowned for his brilliant films — Khuda Kay Liye and Bol, Verna is slated to release on 17 November.