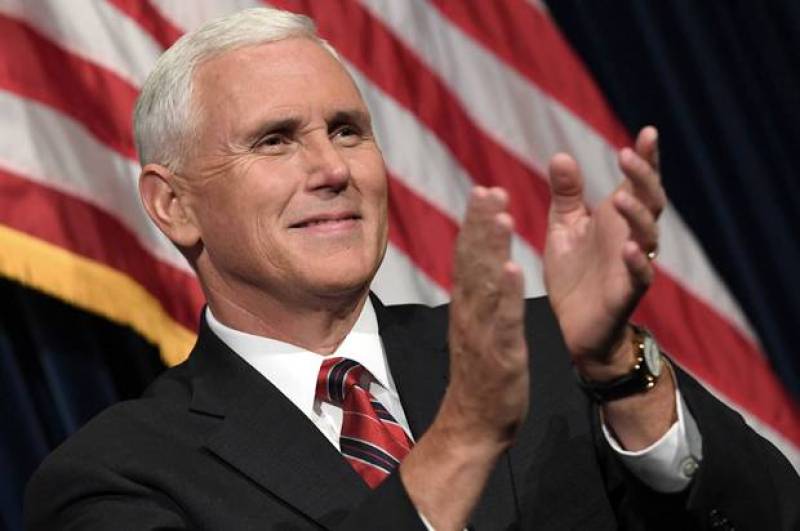 ISLAMABAD - The US Vice President Mike Pence called Prime Minister Khaqan Abbasi and thanked him for the US-Canadian couple's recovery. He lauded the role of Pakistan Army and Inteleginese Agencies in freeing the hostages in a late-night ambush last week near Pak-Afghan Border, the statement released from the Prime Minister house said here on Wednesday.

Speaking on behalf of the US government, Pence reaffirmed the importance of bilateral relations and said that the US would like to further build this relationship for peace and prosperity of the region.

Reaffirming Pakistan’s resolve to eliminate terrorism from its soil, PM Abbasi assured the US vice president that Pakistan would respond to any actionable intelligence shared by the US side.

The two leaders agreed to maintain high-level engagements to strengthen cooperation in areas of mutual interest.

Pence also accepted the invitation of the prime minister to visit Pakistan in the near future.

Earlier, US Secretary of State Rex Tillerson also called to convey US government’s gratitude for the safe recovery of the hostages.

Last week, Pakistan's security forces, with the support of US intelligence, freed an American woman, her Canadian husband and their three children from terrorists’ captivity.

The White House
Office of the Vice President
For Immediate Release

Vice President Mike Pence spoke with Pakistani Prime Minister Shahid Khaqan Abbasi by phone today. The Vice President thanked Abbasi for his government's assistance in recovering U.S. and Canadian hostages that were being held captive by the Haqqani Taliban Network in the tribal areas of Pakistan. Vice President Pence noted this effort as an important development in Pakistan's support to the U.S. strategy against terrorism in the region, but highlighted that cooperation against militant groups must be continued and sustained. Just as he did during the meeting the two had in New York last month, the Vice President again discussed ways that Pakistan could work with the United States and others to bolster stability and security for all in South Asia.

RAWALPINDI - The Pakistan Army recovered five abducted foreigners kidnapped by terrorists in 2012 after an operation, ...