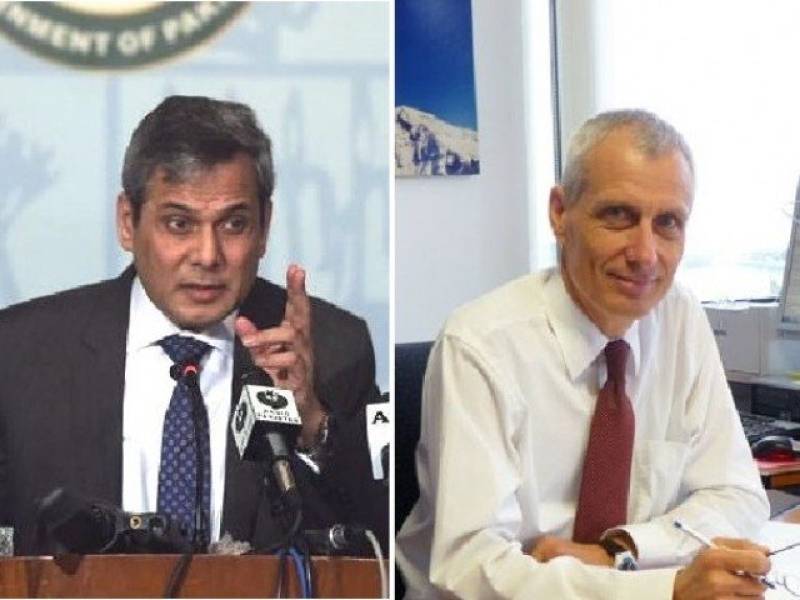 ISLAMABAD - Swiss Ambassador to Pakistan was summoned by Foreign Office in Islamabad on Monday to lodge a protest over anti-Pakistan advertisement campaign in Geneva.

Meanwhile, drawing the attention of Swiss Government on the issue, Pakistan’s Permanent Mission to United Nations at Geneva demanded the Swiss government take strict actions against the culprits involved in this act.

In his letter, the Permanent Representative Farrukh Amil said that the use of Swiss soil by terrorist and violent secessionists for nefarious designs against Pakistan and its 200 million people is totally unacceptable. 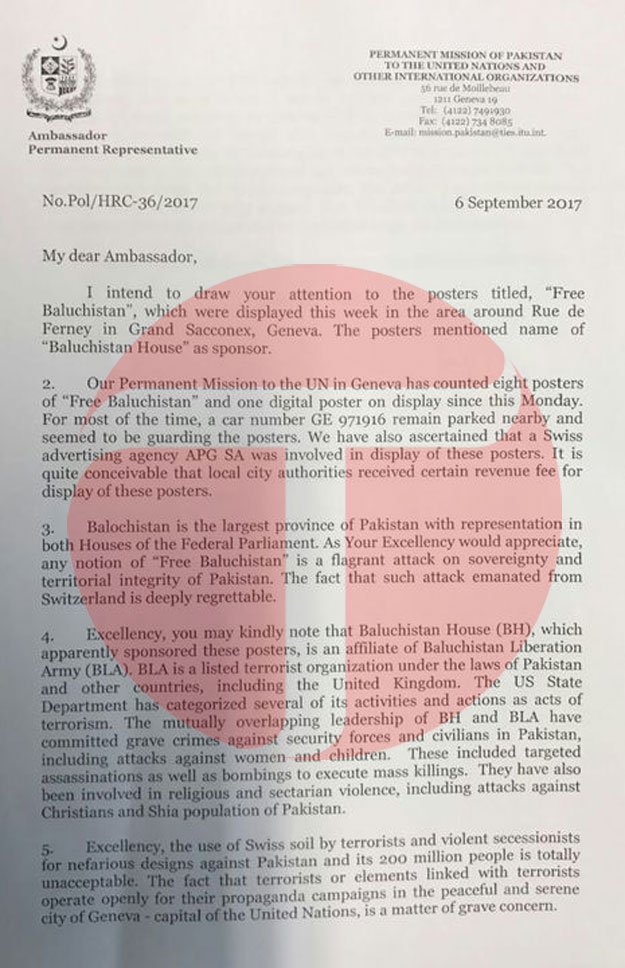 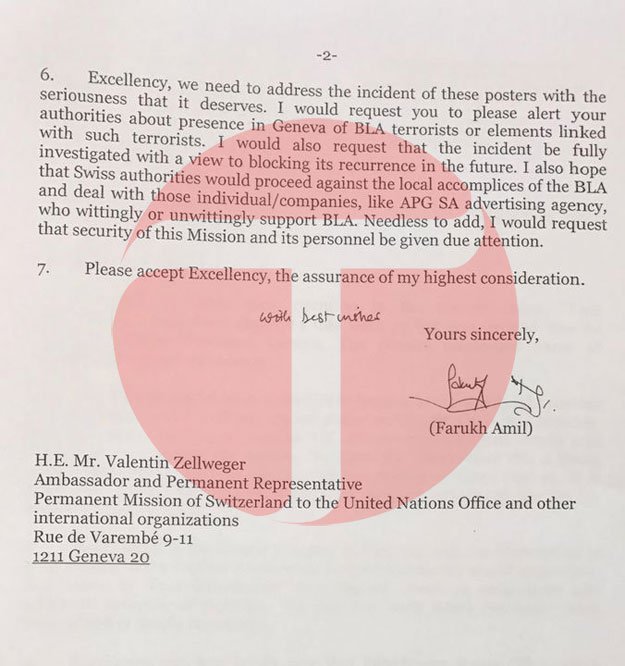 He said that the terrorists or elements linked with terrorists operate openly in the peaceful and serene city of Geneva for their propaganda campaigns is a matter of grave concern.

The ambassador said that Swiss authorities should be alert about the presence of Balochistan Liberation Army terrorists or elements linked with such terrorists in Geneva.

Farrukh Amil demanded investigations with a view to blocking its recurrence in the future and expressed hope that Swiss authorities will proceed against the local accomplices of the Balochistan Liberation Army who wittingly support the terrorist group.

GENEVA - Top Pakistani official in United Nations has drawn attention of Swiss authorities towards the grave concern of ...