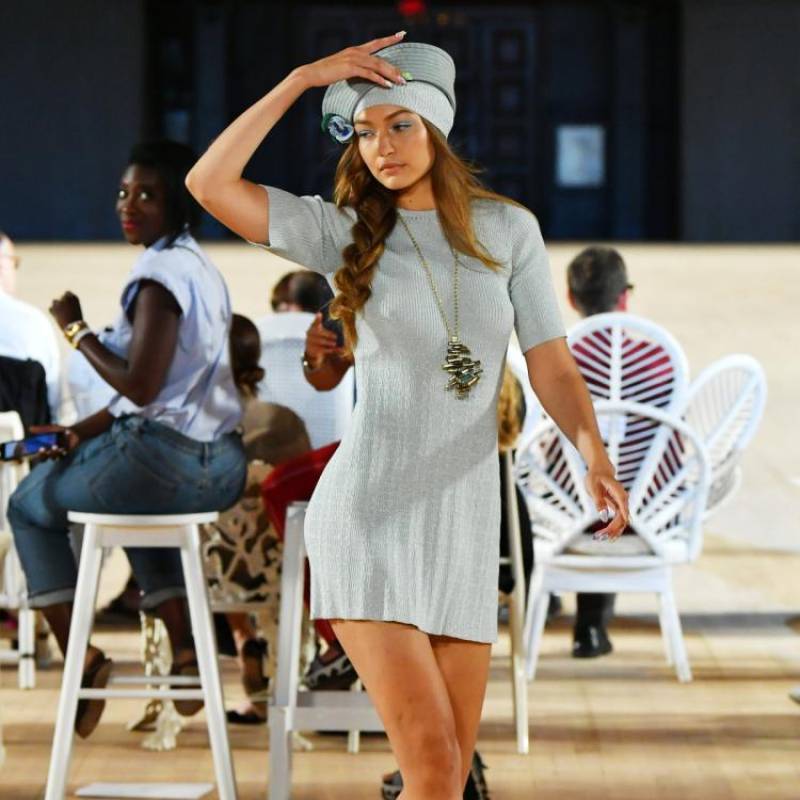 The model walked so beautifully, up on her toes as if she were wearing imaginary heels, that some weren't sure if the look was intentional for the whimsical show, or not.

But now, days after the event, show stylist Katie Grand has taken to Instagram to reveal exactly what went down backstage before Gigi stepped out, praising the model for handling a potentially messy situation like a total pro.

"Now there is a little story to go with this clip, in the first opening 'finale' of Marc's show Gigi's heel broke," wrote Katie.

"If you see images from the first passage she has thigh high silver socks and white leather mules, and since we were at the other end of the armoury there wasn't much we could do other than either fake a non broken heel or rip off her socks and shoes and send her out barefoot, which we did, and was all the more natural for it."

Katie went on to praise Gigi's grace and professionalism.

"Gigi and all the people from the show thank you all so much for being so patient, beautiful and inspiring and also Stephen Galloway for your fantastic choreography). Dream a little Dream"

Gigi also made reference to the mishap in an Instagram post following the show, graciously thanking everyone involved:

“Walking in a dream ,” she wrote, alongside video and photos of her barefoot strut.

This isn’t the first time Hadid has had a shoe-related wardrobe malfunction on the runway. In 2017, she lost a platform heel during the second half of Anna Sui’s New York Fashion Week show.