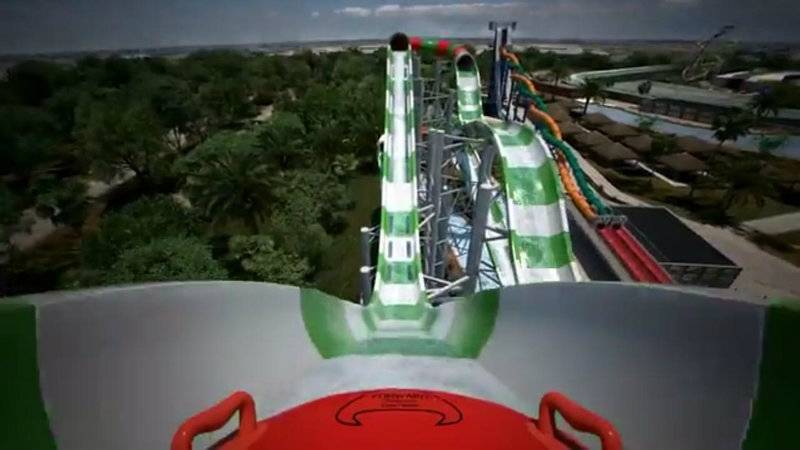 GALVESTON (Web Desk) - A water park in United States has released a preview video simulating the experience of riding an attraction planned to be the world's tallest water coaster.

MASSIV, named after the German word for massive, is built by Schlitterbahn and WhiteWater West.

The Schlitterbahn Galveston Island in Texas posted a video to YouTube depicting a simulated point-of-view ride on the MASSIV coaster, which is due to open in June.

The park said the actual height of the coaster has not yet been released, but it is planned to be the tallest in the world, the UPI reported.