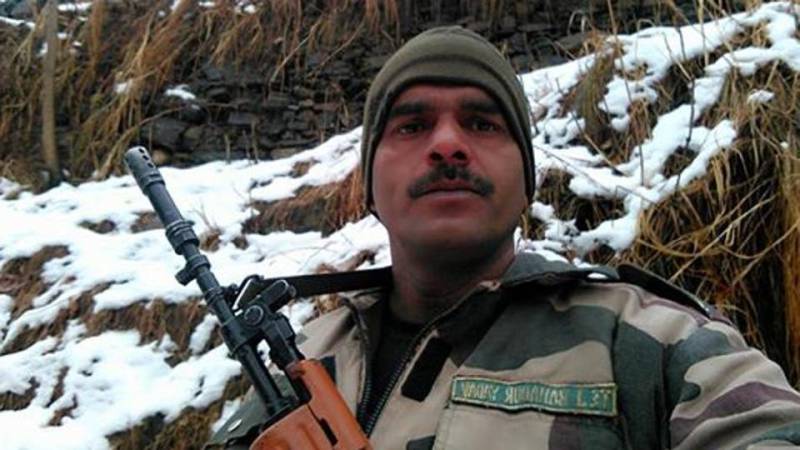 New DELHI - Tej Bahadur Yadav, an Indian soldier who made a video complaining about poor quality of food, has been dismissed from service by the Border Security Force (BSF).

According to Indian media, Yadav, who was deployed with the force’s 29th battalion, had levelled allegations that troops were served bad quality food and even had to sleep “on an empty stomach” at times, leading to initiation of an inquiry against him. A BSF spokesperson has confirmed that Yadav has been dismissed.

"The issues of disobedience framed against him (Yadav) pertained to going on hunger strike and carrying a mobile phone while on duty. He was asked to eat but he did not follow the instruction. As far as mobiles are concerned, there is a general order for all BSF troopers, which prohibits them from carrying mobile phones while on duty," a senior official said on condition of anonymity as he was not allowed to talk to the media.

After the videos went viral on the Internet, reports emerged that Yadav had been relegated to a plumber’s job.

In four different videos uploaded on Facebook, Yadav claimed that while government procured essentials for them, the higher-ups and officers 'sold it off' in an 'illegal' manner in the market, thus exposing corruption in the Indian army.

'We only get a ‘paratha’ (wheat bread) and tea as breakfast and that too without any pickle or vegetables. We slog for 11 hours and at times we have to stand throughout the duty hours. For lunch, we get ‘dal’ (pulses) with only 'haldi’ (turmeric) and salt with roti. This is the quality of the food we get. How can a jawan do his duty?' asked Yadav in the video.