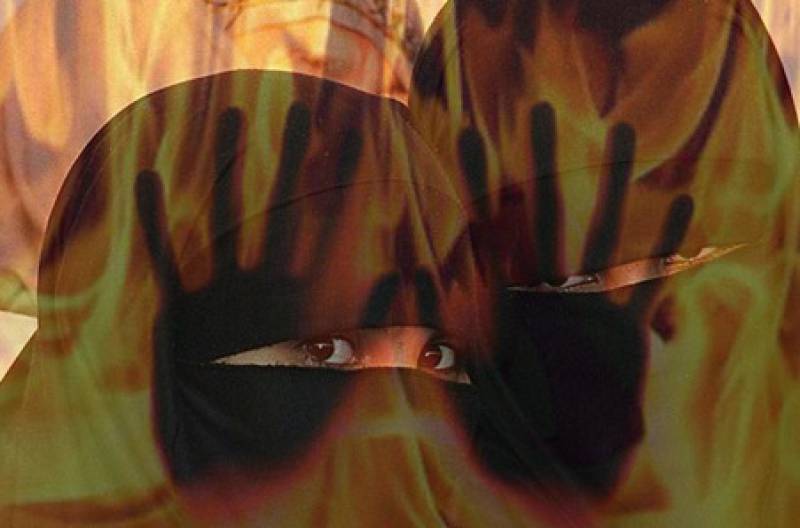 GUJRAT - In a tragic turn of events, a 22-year-old girl was allegedly burnt to death on Tuesday by her family in Gujrat after she refused to marry within the community.

According to police, Maria was a resident of Sok Kalan area, and had defied her family's wish to tie the knot with a boy of the same community.

At this, the girl's maternal grandfather, uncle, mother and brother allegedly doused her with petrol and set her on fire. She was shifted to a nearby hospital in a precarious condition, and doctors said 80 per cent of her body was burnt.

The girl, shortly before breathing her last, recorded her statement to police, accusing her grandfather and other members of the family of burning her alive.

Police have arrested the suspects and lodged a case against them under the Anti-Terrorism Act.