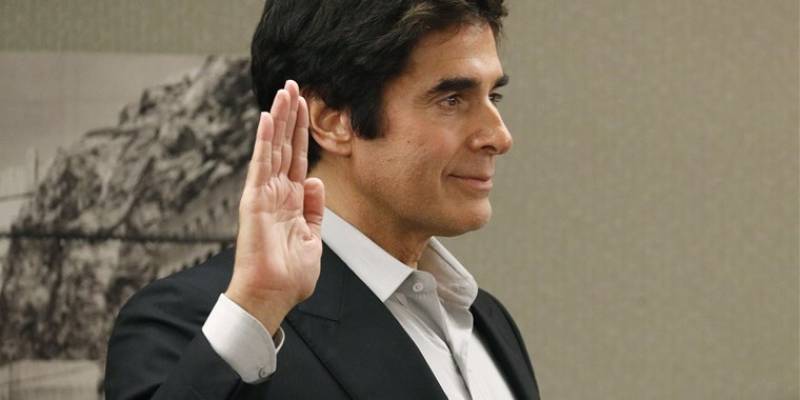 LAS VEGAS – American magician David Copperfield has been forced to reveal the secret of his signature trick after being sued by a British man claiming he was badly injured while participating in a 2013 Las Vegas show.

Gavin Cox from Kent claims he had suffered lasting brain damage and a shoulder injury after falling on debris in a construction site during the "Lucky #13" illusion in 2013.

The 57-year-old was selected to take part in an illusion that appears to make 13 audience members vanish.

David Copperfield is the first living illusionist to be honored with a star on the Hollywood Walk of Fame.

Cox, who was diagnosed with a traumatic brain injury and needed two fusion surgeries on his neck and shoulder, claims he has paid out more than $400,000 (£282,000) in medical expenses.

Mr Copperfield told a Nevada jury it would be his fault if an audience participant got hurt because of something he did wrong during an illusion.

The 61-year-old celebrated magician didn't acknowledge responsibility for injuries Gavin Cox claims to have suffered when he fell.

The Brit is seeking unspecified damages in the lawsuit, which also names the MGM Grand, show producer Backstage Employment, and Referral, and building firm Construction Management.

However, Copperfield's lawyers lost pretrial bids to close proceedings to the public to avoid disclosing performance secrets, although Judge Mark Denton has said some portions of Copperfield's testimony might still be conducted behind closed doors.

The court heard how the Lucky #13 vanishing act starts with the audience members in a cage.