39 killed as nightclub attacked in Istanbul on new year's eve 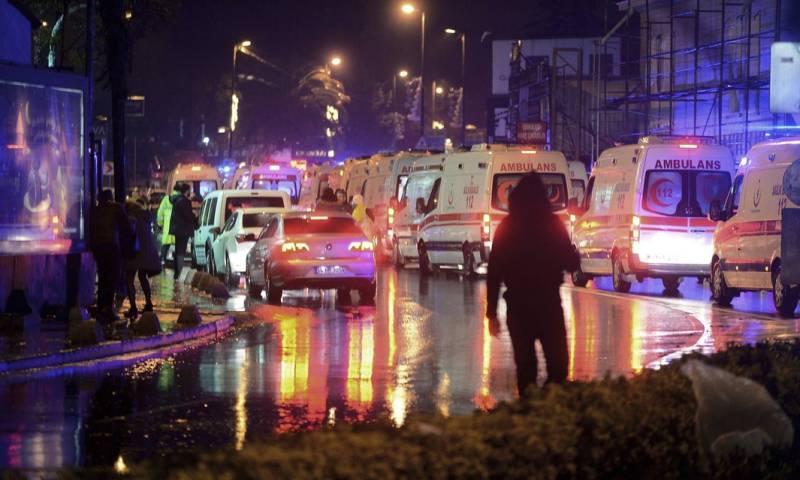 ISTANBUL - As many as 39 people were killed while several others were left injured as an attacker opened gunfire inside a night club in Istanbul, Turkey on New Year's night.

According to the details, the assailant reportedly dressed as Santa Claus gunned down a police officer and a civilian as he entered the Reina nightclub before opening fire randomly inside.

The club is situated on the shore of the Bosphorus Strait in the Ortakoy district of Turkey's most populous city.

The attack happened at around 1:15 a.m and as per rough estimate, around 500-60 people were inside the club at the time of the incident.

"He entered the club and attacked innocent people who were there to celebrate the new year. It was a cruel, cold-blooded act," the governor said.

No one has claimed responsibility for the shooting and the attacker is still at large.

On the other hand, Pakistan's premier Nawaz Sharif has expressed grief over the loss of lives in Istanbul shooting and deplored the attack.

In a statement on behalf of the people and government of Pakistan, the Prime Minister extended his heartfelt condolences to the Government and people of Turkey on the loss of precious human lives in the attack.

He said Pakistani people share the grief of Turkish people and stand by them in this most painful time.

Nawaz Sharif said that terrorism was our common enemy and the world needs to put up a joint strategy against this menace.

He said that Pakistan itself had suffered great losses of lives and property by terrorism and would continue to ensure all measures for the eradication of this scourge.