Here's the 'change': Lavish menu replaced with simple one at oath taking of CM Sindh

During the oath-taking ceremony which was conducted at Governor House, the lavish food items menu was replaced by a simple menu at the eleventh hour.

The Sindh government followed the footsteps of the federal government which on the directive of newly-elected Prime Minister Imran Khan served water and tea only to the worthy guests at the oath-taking ceremony.

The guests at the oathtaking of CM Sindh  Murad Ali Shah were also served with tea and biscuits instead of lavish food items, as the menu was changed in the nick of time. 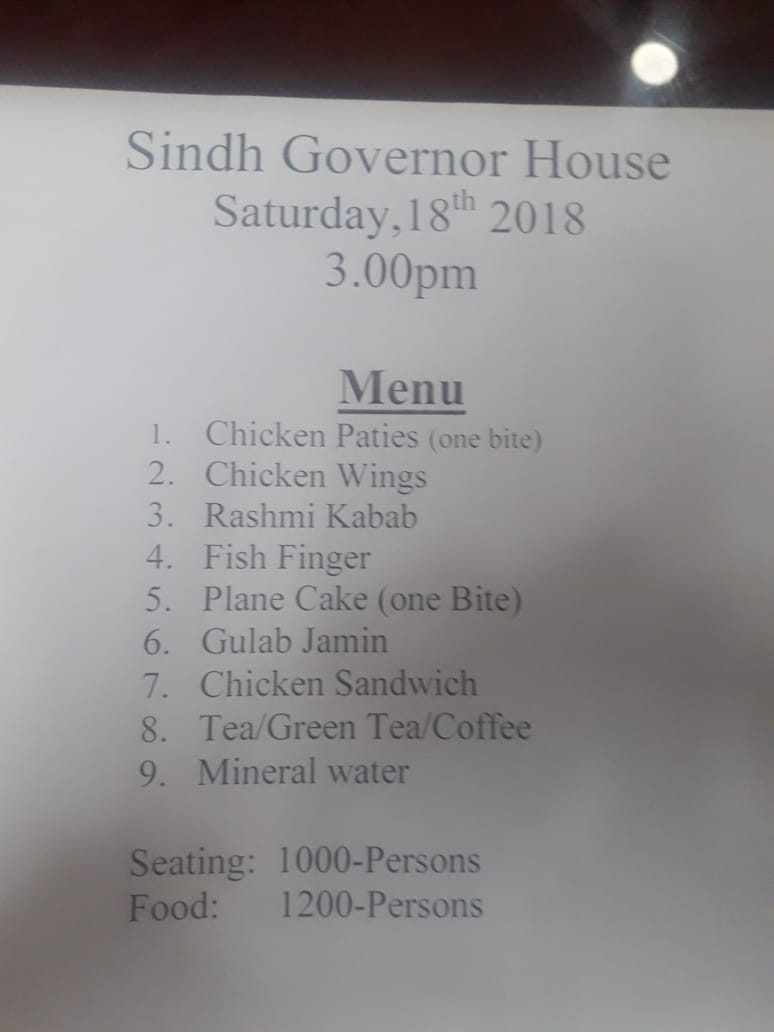 Earlier a menu of lavish food items was sent out along invitations which included Chicken Patties, Chicken Wings, Reshmi Kebab, Plain Cake, Finger Fish, Gulab Jamin, Chicken Sandwich, Tea/ Green Tea/ Coffee and Mineral Water. According to the list, seating was arranged for 1000 people, while the food was arranged for 1200 people.

This change triggered speculation if Sindh government has also decided to follow the footsteps of PTI's austerity drive.