Why is it important to remember the man behind our national anthem? 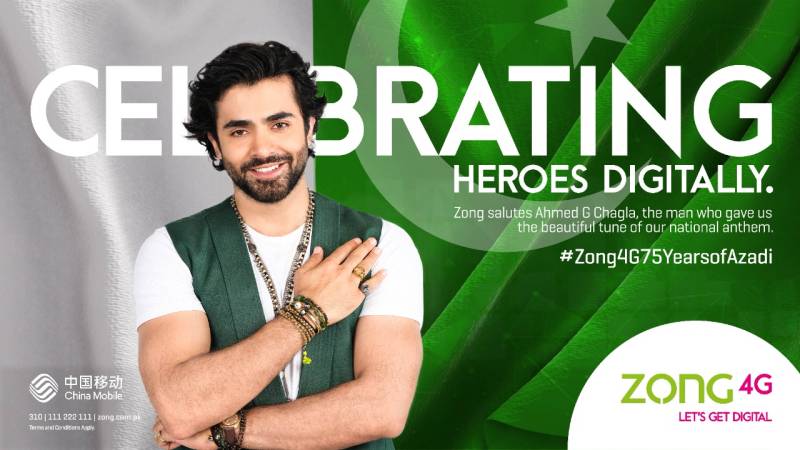 Our country was built on the sweat, blood, and tears of a great many people. From our Founding Father Quaid-e-Azam and his comrades to patriotic men and women who fought every day for independence. Although there are a great number of unsung heroes who silently labored behind the scenes to bring us some of the most famous aspects of our culture and history, we only know a handful of the names of those who fought to make Pakistan a reality.

The lessons of History can only impact us if we honor those who helped build Pakistan. And there is no better way to achieve this than to learn about their stories, and to pass that knowledge on to future generations. By examining their achievements and taking inspiration from their lives, we can ensure that their legacies will live on for years to come. Ahmed Ghulamali Chagla, composer of the Pakistani National Anthem is one such Unsung Hero.

On Pakistan’s 75th Anniversary, Zong sought to amend that by paying homage to one such unsung hero: Ahmed Ghulam Ali Chagla, through its Independence Day short film titled ‘Notes of Chagla’. While most of us know it is Hafeez Jalandhari who penned the lyrics to our national anthem, Pak Sar Zameen, few are aware that it was A.G. Chagla who composed it in 1949, only a year after being appointed to the National Anthem Committee.

Zong’s tribute film titled ‘The Notes of Chagla,’ through the eyes of its protagonist Sami (Shehryar Munawar), tells a heartwarming tale of inspiration and national pride. As the film opens, we see Sami, a young college student, grappling with a musical thesis he is due to present soon. Seeing her son struggle, Sami’s mother (played by the effervescent Simi Raheal) advises him to quit seeking inspiration from external sources and instead explore the rich musical history of Pakistan. During his exploration, Sami discovers A.G. Chagla and his accomplishments. Taking inspiration from Chagla's life, he gathers a diverse array of local artists to perform a unique rendition of the national anthem, celebrating the unsung hero and bringing everyone closer together via the power of the digital world

Through the short film, the digital connectivity network powerfully emphasizes the significance of the National Anthem and the connection the digital world affords us. Our Anthem represents the heart of our Nation, and her people; it is a rallying cry, announcing to the world who we Pakistanis are and what we stand for. Thank you Zong for shedding light on a part of forgotten history by putting a spotlight on this incredible unsung hero, through such a moving narrative.