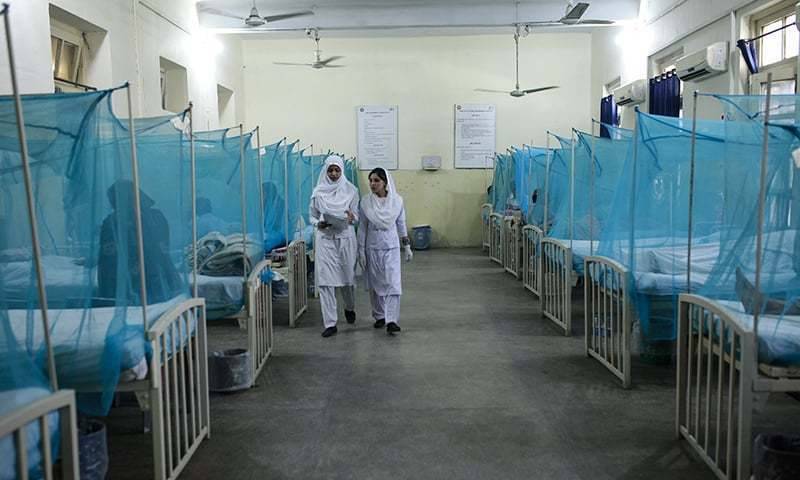 KARACHI - The Sindh government has declared a health emergency in Karachi’s Malir area, following the outbreak of mysterious disease that has caught thousands of patients in less than one month.

“Officially, the disease hasn’t been diagnosed as yet but the experts believe it could be Chikungunya virus, considering the symptoms,” Sindh Health Minister Dr Sikandar Mandhro said during a visit to Saudabad Hospital on Monday. The identification of virus would take time; however, blood samples have been dispatched to the laboratory, the minister added.

Dr. Mandhro further informed the media that health officers have also collected the samples of water in the residential colony near Sindh Government Hospital.

While the provincial minister issued directives to appoint four to five doctors from other towns in Malir’s government hospitals, patients complained of inadequate facilities in the Saudabad hospital.

Chikungunya, a mysterious disease is spreading like an endemic among the residents of Karachi and adjoining areas.

According to WHO, Chikungunya is a viral disease transmitted to humans by infected mosquitoes. 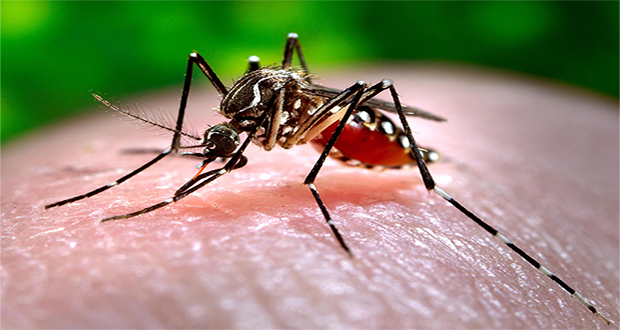 It is a mosquito-borne viral disease first described during an outbreak in southern Tanzania in 1952. It is an RNA virus that belongs to the alphavirus genus of the family Togaviridae. The name “chikungunya” derives from a word in the Kimakonde language, meaning “to become contorted”, and describes the stooped appearance of sufferers with joint pain (arthralgia).

The disease occurs in Africa, Asia and the Indian subcontinent. In recent decades mosquito vectors of chikungunya have spread to Europe and the Americas. In 2007, disease transmission was reported for the first time in a localized outbreak in north-eastern Italy. Outbreaks have since been recorded in France and Croatia.

Characterised by paralysis in the joints in the hands and feet, this disease has currently affected as many as 70 doctors and paramedical staff, resulting in scores of patients being rushed to hospitals, each day. The disease seems to the most prevalent in Karachi’s Malir area is being widely affected by it.

Other symptoms include muscle pain, headache, nausea, fatigue and rash. Joint pain is often debilitating and can vary in duration. The disease shares some clinical signs with dengue, and can be misdiagnosed in areas where dengue is common.

Doctors say the disease spreads with mosquito bite so all measures should be taken to keep safe from mosquitoes.

Dengue prevention and control programme manager in Tharparkar, Dr Masood Solangi confirmed that the disease was rarely fatal. “If cases were found positive, they will be the first cases of Chikungunya in the country,” he said.

How to keep safe?

Chikungunya has been identified in over 60 countries in Asia, Africa, Europe and the Americas. The virus is transmitted from human to human by the bites of infected female mosquitoes. Most commonly, the mosquitoes involved are Aedes aegypti and Aedes albopictus, two species which can also transmit other mosquito-borne viruses, including dengue.

These mosquitoes can be found biting throughout daylight hours, though there may be peaks of activity in the early morning and late afternoon. Both species are found biting outdoors, but Ae. aegypti will also readily feed indoors.

After the bite of an infected mosquito, onset of illness occurs usually between 4 and 8 days but can range from 2 to 12 days.

Several methods can be used for diagnosis. Serological tests, such as enzyme-linked immunosorbent assays (ELISA), may confirm the presence of IgM and IgG anti-chikungunya antibodies. IgM antibody levels are highest 3 to 5 weeks after the onset of illness and persist for about 2 months. Samples collected during the first week after the onset of symptoms should be tested by both serological and virological methods (RT-PCR).

The virus may be isolated from the blood during the first few days of infection. Various reverse transcriptase–polymerase chain reaction (RT–PCR) methods are available but are of variable sensitivity.

Some are suited to clinical diagnosis. RT–PCR products from clinical samples may also be used for genotyping of the virus, allowing comparisons with virus samples from various geographical sources.

There is no specific antiviral drug treatment for chikungunya. Treatment is directed primarily at relieving the symptoms, including the joint pain using anti-pyretics, optimal analgesics and fluids. There is no commercial chikungunya vaccine.

The proximity of mosquito vector breeding sites to human habitation is a significant risk factor for chikungunya as well as for other diseases that these species transmit. Prevention and control relies heavily on reducing the number of natural and artificial water-filled container habitats that support breeding of the mosquitoes.

This requires mobilization of affected communities. During outbreaks, insecticides may be sprayed to kill flying mosquitoes, applied to surfaces in and around containers where the mosquitoes land, and used to treat water in containers to kill the immature larvae.

For protection during outbreaks of chikungunya, clothing which minimizes skin exposure to the day-biting vectors is advised. Repellents can be applied to exposed skin or to clothing in strict accordance with product label instructions.

For those who sleep during the daytime, particularly young children, or sick or older people, insecticide-treated mosquito nets afford good protection. Mosquito coils or other insecticide vaporizers may also reduce indoor biting.

Basic precautions should be taken by people travelling to risk areas and these include use of repellents, wearing long sleeves and pants and ensuring rooms are fitted with screens to prevent mosquitoes from entering.