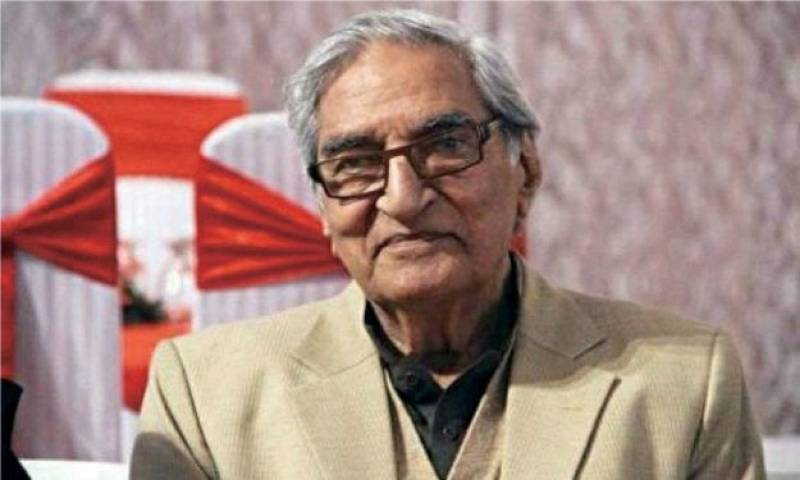 He began his career by acting as a translator at a daily newspaper and his column titled, Girebaan was very popular due to his creative and humanistic pieces.

His work resonated with people of all ages and it is no wonder that his fellow colleagues, celebrities and his fans are commemorating the loss of a true legend.

Fellow drama writer, Asghar Nadeem Syed had this to say regarding the untimely demise of his respected colleague, “It is a sad day as a close friend and a talented writer has died today.

Munnu was a very good Punjabi poet and I’m glad to have gotten the opportunity to enjoy his company while he was alive. I remember he once joined me on a trip and I was very impressed by his thoughts. His visions and ideology reflected mine.” He further added, speaking of the late writer’s work,

“He wrote a book titled Jangal Udaas Hai in which he spoke about great writers after they had passed away. However, today Munnu Bhai is the one to leave us. I am deeply saddened and hope to pay tribute to his services.”

Throughout the span of his career, Munnu Bhai wrote for a few super hit PTV dramas such as Sona Chandi, Aashiyana, Dasht, Gumshuda, Khubsoorat and many others. He also had the honour of receiving the Pride of Performance by the government of Pakistan.

Renowned writer, columnist and poet Munir Ahmed Qureshi, more commonly known as #MunnuBhai, passed away today. Munno Bhai was born in Wazirabad on February 6, 1933 and was affiliated with journalism for more than 25 years. He also wrote dramas for Pakistan Television. pic.twitter.com/ow6o8mYulb

Celebrities, Journalists and fans have taken to Twitter to remember a man they so admired and loved;

Always upright in times of great political stress - smiling through the worst of times- never to be forgotten - our Munnu Bhai. pic.twitter.com/RDgrD2PkGl

I can’t believe Munnu Bhai is gone! Can’t imagine Lahore without his gentle smile and his inimitable ways of speaking truth to power. Two generations of Pakistani journalists at least have been guided by his voice in progressive politics and social justice. May he rest in peace.