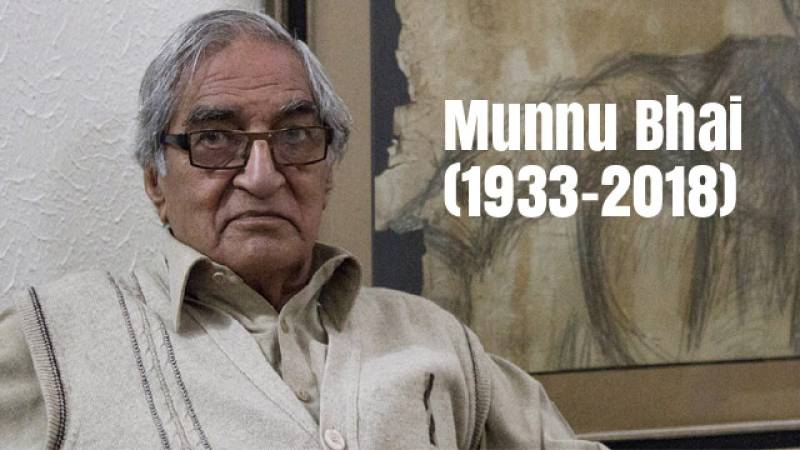 LAHORE - The first death anniversary of renowned poet, playwright and columnist Muneer Ahmed popularly known as Munnu Bhai is being observed on Saturday (today). He was born in 1933 in Wazirabad, Punjab.

According to a Radio Pakistan report, he started his career as a journalist at an Urdu newspaper but soon turned to write dramas. He penned down some of the immortal drama serials for Pakistan Television including Sona Chandi, Dasht, Tammanna, Gumshuda, Aashiyana, and Khoobsurat.

Munnu Bhai finished his schooling from Government College, Attock. He turned 80 in February 2013 per his own speech made at a public event in his honor in Lahore, Pakistan and reported by Dawn newspaper, Karachi.

He also revealed another fact about his life in this speech, "I have been a foster brother of a Sikh boy, Gurdutt Singh.

Pakistan's Information Minister, Pervez Rashid, in a speech at a public event in 2014, to pay tribute to Munnu Bhai, said that Habib Jalib was the only other poet whose poetry reflected the era he lived in.

The renowned writer at the same event said that he learned everything he knows from the common people. Writers should understand that glamour is in realism and they should increase interaction with the common people to write articles close to the hearts of the people.

In 2014, he donated his personal library to Government College University, Lahore for their contribution to the promotion of drama and literature.

Munnu Bhai was also awarded Pride of Performance by the government of Pakistan. He died on January 19, 2018, in Lahore.