Women among 4 killed in CTD operation near Sahiwal 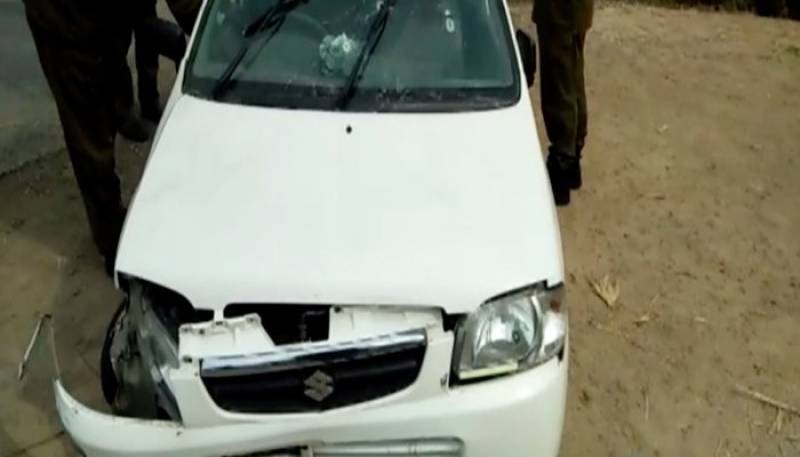 SAHIWAL — The Counter-Terrorism Department (CTD) on Saturday claimed they have killed a suspected local commander of Daesh (also known as ISIS) among four people near Sahiwal toll plaza on GT Road.

The CTD has claimed that the officials fired at the car when it did not stop when asked to do so. Resultantly, four people, including two women and Zeeshan, who according to a CTD spokesman was a local Daesh commander, were killed in the crossfire.

The four killed has been the captors of the three children, who were rescued from the car trunk. Two of recovered children received injuries, the spokesman added.

Three terrorists, identified as Shahid Jabbar, Abdul Rehman, and their accomplice, managed to escape, the spokesperson further told the media.

"The operation was conducted as part of the one in Faisalabad which took place on January 16," the spokesperson further said.

On the other hand, local media reported citing eyewitnesses that the car passengers did not have any weapons, and the police firing was unmotivated.

"The car was coming from Lahore and the women killed were 40 and 13 years respectively."

The eyewitnesses further said that the children while speaking to them at a nearby petrol station claimed that the "police has killed their parents".

They added that the children were first taken to a police station before being shifted to an ‘undisclosed location’ by the CTD officials.

Provincial Minister for Information and Culture Fayyaz-ul-Hassan Chohan said, "Within one hour, there will be clarity regarding the incident."

The IGP Punjab has sought a report from the regional police officer regarding the incident, Chohan added.

The neighbours of the deceased blocked Ferozpur Road to record their protest over the alleged extrajudicial killing of the family in Sahiwal.

The protestors threatened to not call off the protest until immediate action is not taken against the officials responsible for the alleged shoot out.