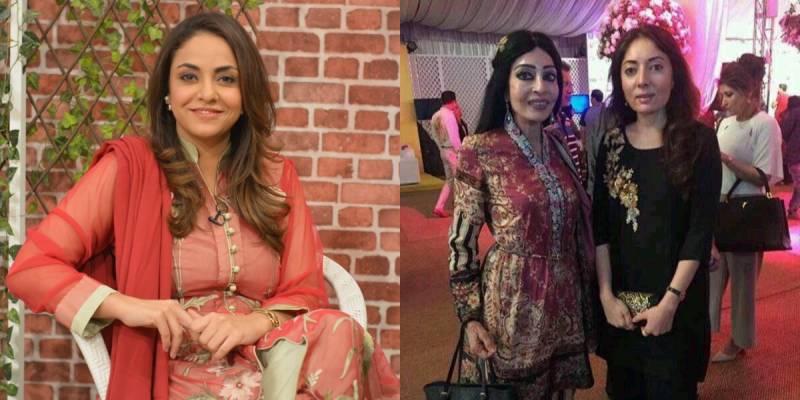 KARACHI – TV host Nadia Khan and Pakistan Peoples Party (PPP) leader Sharmila Faruqui have squared up to each other after former shared a video on social media, apparently mocking the politician’s mother.

In the viral video, Khan can be seen sarcastically praising Anisa, the mother of Sharmila Faruqui, for her bold make up she had wore to attend the wedding of Saboor Aly and Ali Ansari.

When the TV personality asked Ansia where she has learnt makeup skills, she replied: “Sharmila”.

However, the clip was not welcomed by Sharmila as she has announced to take legal action against Nadia Khan.

Talking to a digital media outlet, the PPP leader called Khan “shameless and heartless woman” for being disrespectful to elder to just increase her ratings.

After the video went viral, Sharmila said that she also contacted the TV host and slammed her for what she had done.

The PPP leader announced that she will file an application against her for cyber crime, adding that celebrities could not ridicule anyone for the sake of ratings or publicity.

The quintessential Lollywood diva Meera is always the heart of controversies. As she continues to shatter stereotypes, ...