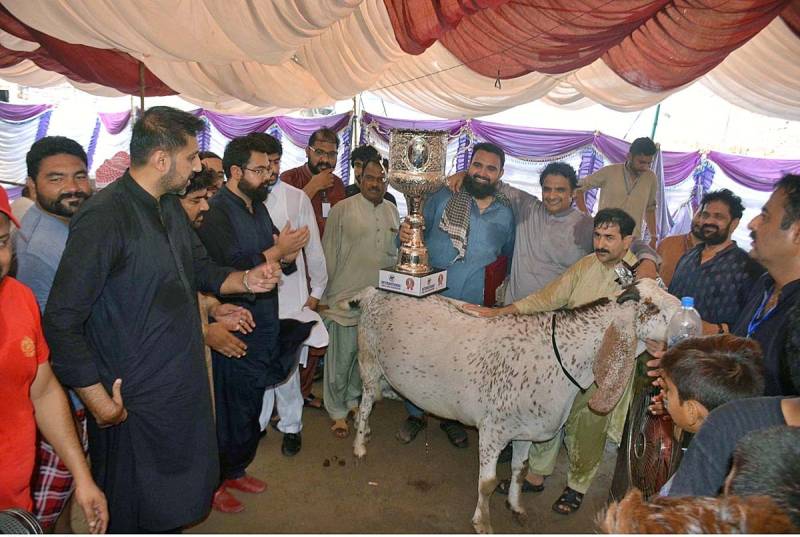 The goat namely Qurban-e-Mustafa of Hasan Hashmi from Lahore stood second with 301 kg weight whereas goat "Lal Badsha" of Farrukh Ejaz from Gujranwala with a weight of 298 kg secured third position.

A cash prize of Rs 400,000 was given to first position holder goat in beauty competition while Rs 200,000 and Rs 100,000 were awarded to second and third position holders.