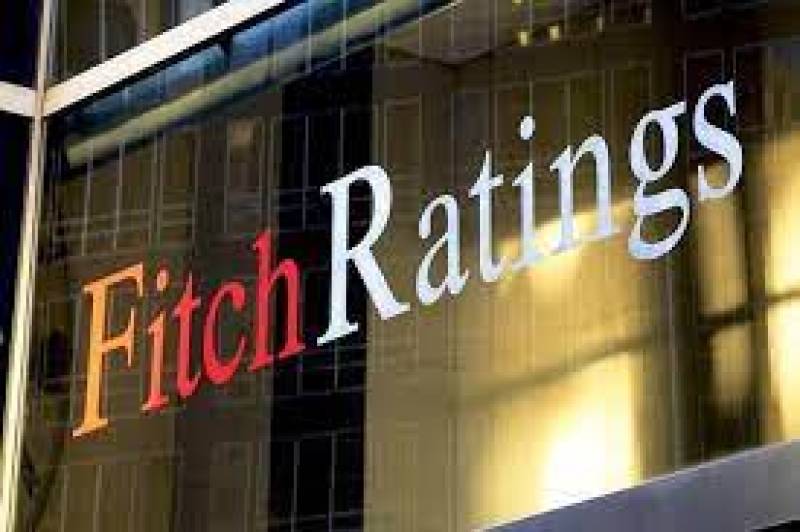 The Revision of the Outlook to Negative reflects significant deterioration in Pakistan's external liquidity position and financing conditions since early 2022, the rating agency said in a statement.

The developments comes as an outcome of the by-elections in Punjab triggered political instability in the country that caused free fall of Pakistani currency in interbank market and downward trend in Pakistan Stock Exchange.

LAHORE – The Pakistan Tehreek-e-Insaf (PTI) on Sunday won the by-election on 15 of the 20 Punjab Assembly seats, ...

“We assume IMF board approval of Pakistan's new staff-level agreement with the IMF, but see considerable risks to its implementation and to continued access to financing after the programme's expiry in June 2023 in a tough economic and political climate,” Fitch said in its statement.

It said that renewed political volatility cannot be excluded and could undermine the authorities' fiscal and external adjustment, as happened in early 2022 and 2018, particularly in the current environment of slowing growth and high inflation.

Former Prime Minister Imran Khan, who was ousted in a no-confidence vote on 10 April, has called on the government to hold early elections and has been organising large-scale protests in cities around the country. The new government is supported by a disparate coalition of parties with only a slim majority in parliament. Regular elections are due in October 2023, creating the risk of policy slippage after the conclusion of the IMF programme.

“Limited external funding and large current account deficits (CADs) have drained foreign exchange (FX) reserves, as the State Bank of Pakistan (SBP) has used reserves to slow currency depreciation. Liquid net FX reserves at the SBP declined to about USD10 billion or just over one month of current external payments by June 2022, down from about USD16 billion a year earlier,” it said.

Fitch Ratings also blamed external deficits for downgrading of Pakistan’s outlook to negative. It said that large funding, including IMF tranches, is need of the hour to bring economic stability.

“Our forecast of average inflation of 19% in FY23 and 8% in FY24 largely reflects base effects, but recent and planned future energy price hikes will all fuel broad-based inflation and mean inflation is skewed to the upside.”

Preliminary estimates show real GDP growth of 6% for FY22, up from 5.7% in FY21, mostly driven by private consumption, as in FY21, while net exports continued to weigh on growth. In our view, this largely reflected a loosening of fiscal policy in FY22, as well as a fairly loose monetary policy despite significant tightening throughout the year (ex-post real policy rates on average negative in FY22).

The SBP estimates that the economy was operating above potential in FY22, and we forecast slower growth of 3.5% in FY23 amid fiscal and monetary tightening, high imported inflation, and a weaker external demand outlook, all of which will also hit household and business confidence.

ESG - Governance: Pakistan has an ESG Relevance Score (RS) of '5' for both political stability and rights and for the rule of law, institutional and regulatory quality and control of corruption. These scores reflect the high weight that the World Bank Governance Indicators (WBGI) have in our proprietary Sovereign Rating Model (SRM). Pakistan has a low WBGI ranking at the lower 22nd percentile.

NEW YORK – Moody's Investors Services has downgraded Pakistan's outlook from 'stable' to 'negative', in wake of ...