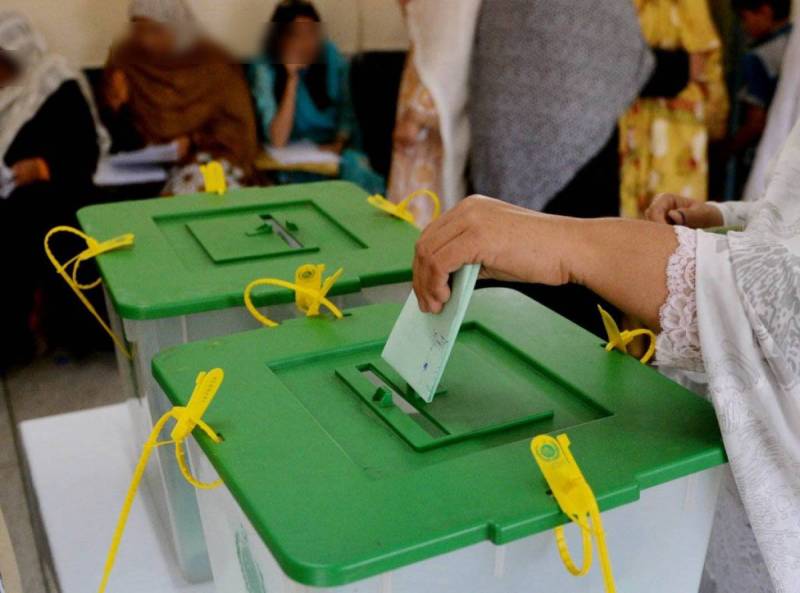 LAHORE – The Pakistan Tehreek-e-Insaf (PTI) on Sunday won the by-election on 15 of the 20 Punjab Assembly seats, according to unofficial results.

The ruling Pakistan Muslim League-Nawaz (PML-N) could win only four seats, while an independent candidate too grabbed a seat.

PTI Chairman Imran Khan thanked his party's workers and supporters for defeating the PML-N and the entire state machinery that was allegedly put into use by the ruling party to win the by-elections. He said that now free and fair general elections were the only way forward.

Khan took to Twitter to experss these views, "I want to first thank our PTI workers & voters of Punjab for defeating not just PMLN candidates but the entire state machinery, esp harassment by police, & a totally biased ECP. Thank you to all our Allies, PMLQ, MWM & Sunni Ittehad Council.

"The only way forward from here is to hold fair & free elections under a credible ECP. Any other path will only lead to greater political uncertainty & further economic chaos."

The only way forward from here is to hold fair & free elections under a credible ECP. Any other path will only lead to greater political uncertainty & further economic chaos.

PML-N leader Malik Ahmad Khan too accepted his party's defeat in the by-elections and said the PTI had claimed a historic victory.

As results started pouring in earlier in the evening, the initial trend showed the PTI in the leading position on 17 seats, PML-N on two seats and independent candidates on one seat.

PTI candidates Sardar Saifuddin Khosa from Dera Ghazi Khan and Zain Qureshi from Multan were some of the early winners, according to unofficial results. Zaheer Abbas Khokhar, Shabbir Gujjar, Mian Azam Cheela, Khurram Shehzad and Amir Iqbal Shah were in the leading position from the very beginning of the results.

The critical by-elections were being held after the Election Commission of Pakistan de-seated 20 PTI lawmakers for supporting PML-N's Hamza Shahbaz in the election for Punjab chief minister's office.

Several incidents of violence were reported in the most populous province of Pakistan. More than a dozen PTI workers were detained in Lahore's PP-167 for violating the election code of conduct and holding rallies in the constituency.

Senior PTI leader Shah Mahmood Qureshi received a notice from the top electoral body for visiting several voting stations in violation of the code of conduct fro the by-polls.

The Ruling PML-N also accused Qureshi of attempting to purchase votes from workers at a plant in his hometown.

Punjab police detained PTI leader Shahbaz Gill in Muzaffargarh, a move that was condemned by many political activists.

PTI chief Imran Khan said that Shahbaz Gill's arrest was an attempt to "rig elections" and "spread fear in people".

"These fascist tactics will not work and our people will not be deterred from exercising their right to vote," he tweeted, adding that "handlers of imported government" should realise the damage they were doing to the nation.

A tough contest was expected between the PML-N and the PTI in the Punjab by-polls. Voting was held under tight security and it continued without any break until 5pm.

The election campaign ended at 12am Saturday in line with the ECP rules. PTI Chairman Imran Khan and PML-N Vice-President Maryam Nawaz campaigned vigorously for their parties.

In a statement, the Election Commission of Pakistan (ECP) said it has set up special control rooms on central and provincial levels for monitoring, which will resolve election-related complaints.

The federal government also decided to impose a ban on the movement of the armed workers of any political party in the constituencies where the by-polls are being held.