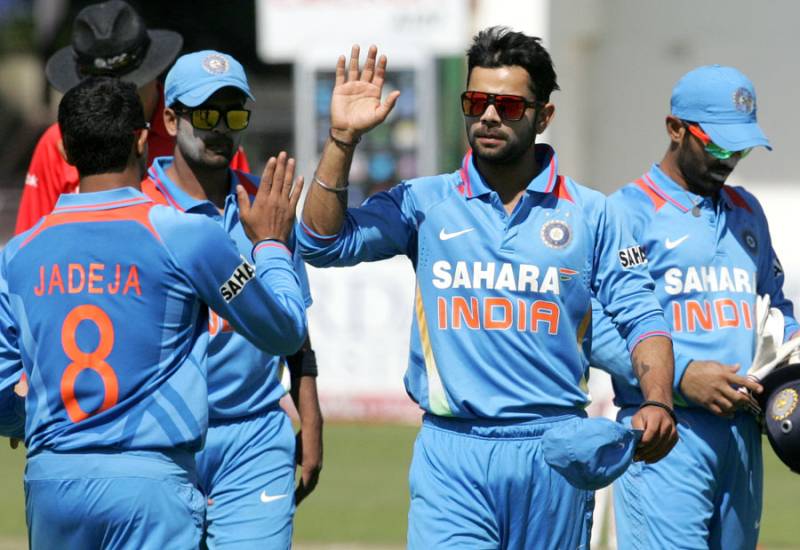 HARARE (News Desk) - An Indian cricketer has been held by Zimbabwean authorities after he was accused of rape by a local woman, media reports said on Sunday.

Police spokesperson Assistant Commissioner Charity Charamba confirmed the incident, however she refused to reveal the identity of the accused. The incident took place on Friday.

"There are allegations of rape against an Indian citizen by a Zimbabwean woman and the accused was produced in the court and the matter is being investigated," she said in a statement.

Some reports also added that India diplomats had reached the hotel where the Indian team was residing and urged the authorities to settle the matter outside court.

According to the victim's account published in a local newspaper, she was allegedly drugged while she was invited for drink at the hotel. Later, she woke up in the cricketer's room, not knowing how she ended up in there.

A media report claimed that the alleged rapist was not part of the India's playing XI in the last game. Interestingly, Jayant Yadav, Faiz Fazal, Barinder Sran and Karun Nair did not play the last match against Zimbabwe. However, none of the players was named in the story.

Meanwhile, Indian journalist Aditya Raj said that he has talked to India's ambassador to Zimbabwe R Masakui who told him: "No Indian cricketer is involved."

In another tweet the Times Now reporter said that Indian officials in New Delhi have rejected the reports of an Indian cricketer's arrest.

Just In: Top Govt. Sources in New Delhi confirm that no Indian Cricketer has been arrested on rape charges in #Zimbabwe. @TimesNow

The Indian cricket team is currently in Zimbabwe to play ODI and T20I series against the host team.