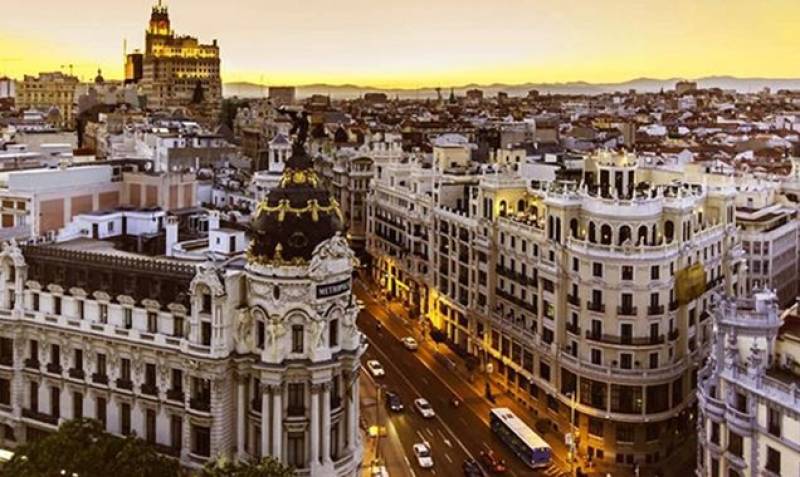 Spain is coaxing Indian moviemakers to use its colorful fiestas and historic monuments as settings for their films, in a move to grab a bigger share of India´s fast-growing overseas tourism market.

As part of its bid to lure visitors from the world's second most populous country, Madrid will host the annual International Indian Film Academy awards next weekend, dubbed the "Bollywood Oscars".

In global tourism, Spain ranks as the third most visited country, but it now wants to diversify its tourism base beyond the traditional northern European sunseekers that account for the bulk of its visitors.

Among the Bollywood stars who will attend the awards ceremony in Spain will be hunky Indian actor Hrithik Roshan, the green-eyed star of the 2011 coming-of-age movie "Zindagi Na Milegi Dobara", which was produced in close collaboration with the Spanish tourism promotion agency, Turespana.

The film about three friends on a pre-marriage road trip across Spain includes scenes at "La Tomatina" festival in the town of Bunol, where half-naked revelers hurl mushy tomatoes at each other, as well as at Pamplona´s San Fermin bull running festival.

With scenes also set in Barcelona, Seville and the beaches of the Costa Brava, the movie was the first major Indian production to shoot extensively in various locations in Spain. It was also the highest grossing Bollywood film of 2011.

Lonely Planet in 2013 launched a guide to Spain aimed specifically at the Indian market and travel agencies still advertise tours to the locations featured in the "Zindagi" movie.

Spain and India signed a film co-production agreement the year after "Zindagi" was released.

Since "Zindagi", another "five or six" Indian films have been shot in Spain although none was as popular at the box office, the director of the Mumbai office of Turespana, Ignacio Ducasse, told AFP.

They include one by "Zindagi" director Zoya Akhtar --- "Dil Dhadakne Do" featuring Bollywood star Anil Kapoor -- which was filmed on a ship belonging to Pullmantur, Spain´s biggest cruise operator.

The comedy-drama about a dysfunctional family on a 10-day Mediterranean cruise was released last year and it includes scenes shot in Barcelona as well as in the various bars, restaurants and open decks of the ship.

The United Nations World Tourism Organisation predicts Asian powerhouse India will account for 50 million outbound tourists by 2020, up from just 18 million in 2014.

Turespana plans to create an ad campaign to appeal to this rising tide of tourists using images of Bollywood celebrities enjoying themselves in Madrid at the awards show.

The ceremony itself is expected to bring 15,000 visitors to the Spanish capital during the week of the show.