Antonio Guterres re-elected as UN chief for the second term 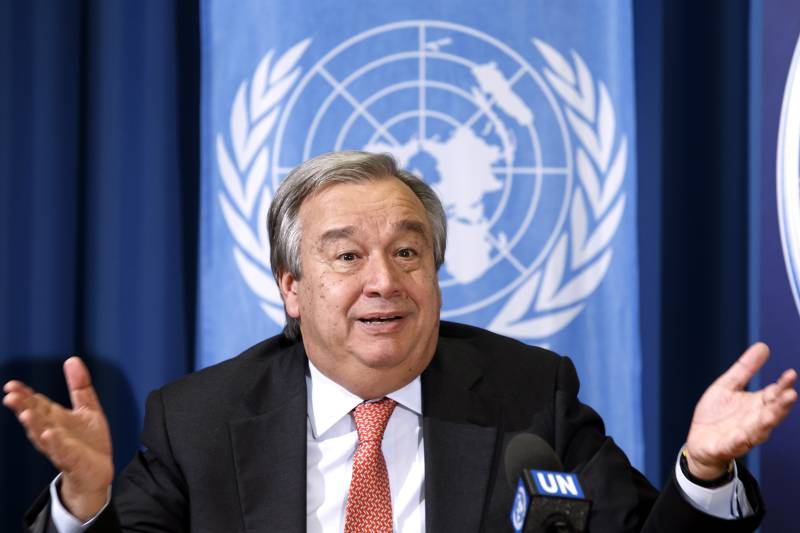 The 72-year-old Portuguese politician sworn in Friday for a second term as head of the world body promised to draw on the lessons of the ongoing Covid pandemic. President of the 75th UNGA session Volkan Bozkir officially announced the appointment of the only candidate for the top post of United Nations.

Speaking after the appointment, he said ‘I am humbled and energised by the support, adding that the driving theme of the second term will be prevented in all its aspects from conflicts, climate change, pandemics to poverty and inequality.'

I am deeply honoured and grateful for the trust placed in me to serve as the Secretary-General of the United Nations for a second term.

Serving the @UN is an immense privilege and a most noble duty.

He also pledged to ‘ensure the blossoming of trust between large and small nations, to build bridges, and to engage relentlessly in confidence-building.’

The reappointed chief also mentioned 10 inter-related imperatives for action, saying the first starts with mounting a massive and enduring response to the COVID-19 pandemic and its consequences. He further stated that ‘Our single most immediate test will be effectively overcoming COVID-19 and equipping all countries to prevent and be better prepared for future pandemics and other existential threats.'

The novel Covid virus is spreading faster than vaccines adding that ‘we need an all-out effort to ensure vaccines for everyone everywhere - and we need it now.' Other action plans include the protection of human rights, taking gender equality to the next level, advancing multilateralism.

He also suggested creating an emergency task force at the G20 level with the governments of all countries.

Earlier, the 15-member Security Council recommended the General Assembly reappoint Guterres.  He succeeded Ban Ki-moon in January 2017. His first term was mostly focused on placating Trump, who questioned the value of the UN and multilateralism.