#LarkanaExpress: Shahnawaz Dahani lights up Twitter with most wickets in PSL 2021 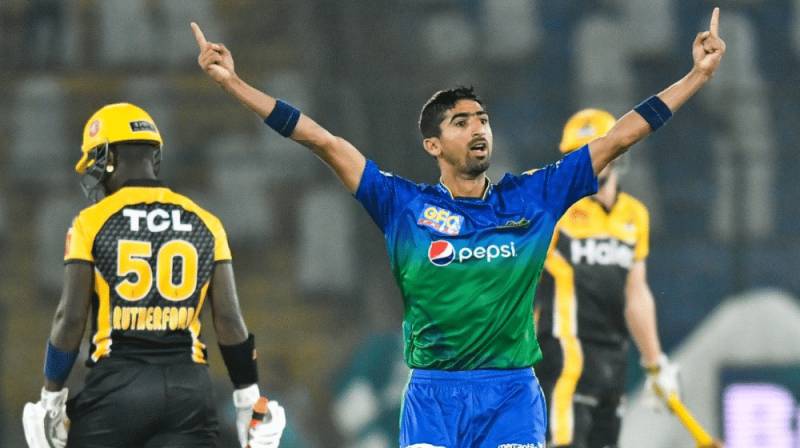 KARACHI – Larkana Express is among the top trends on social site Twitter in Pakistan as 22-year-old cricket sensation Shahnawaz Dahani became the top wicket-taker in the sixth edition of the Pakistan Super League.

The right-arm medium-fast bowler, an emerging pick for Multan Sultans, has so far taken 18 wickets in eight matches at an average of 14.00 with a strike rate of 9.7. Dhani also holds the title of taking 4-fer twice in the tournament.

Earlier, Shaheen Shah Afridi had pushed himself to the top of the chart only to be surpassed by Dahani moments later. Shaheen has so far 16 wickets from 10 matches and is now placed second in the list.

Expressing his delight about the honor, Dhani said ‘I am playing alongside some of the top Pakistani and foreign talent and to be the best among them is a special feeling. I am confident and my confidence is helping me do well.'

This is Shahnawaz Dahani fans reacted with #LarkanaExpress:

Shahnawaz Dahani. What a talent. The pride of Sindh. The love of Pakistan. 🤩❤️ pic.twitter.com/Fy4Hohl9Ke

For an Emerging Player it's a great achievement to be a leading wicket-taker in the PSL. Well done Shahnawaz Dahani, the boy from Larkana.

#LarkanaExpress is trending wow 🤩
He is social media sensation from last few days .
Hope he handle the fame well and stay focused.
Pro Tip for him , stay away from YouTube journalists 🤭 #Dahani #PSL6 pic.twitter.com/tjMBJaGYfI