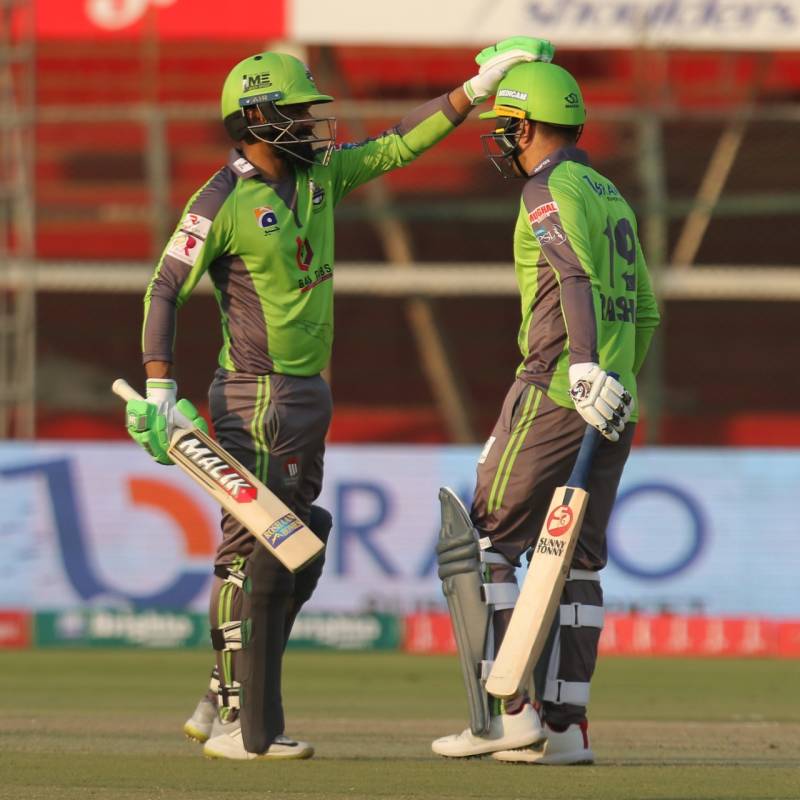 KARACHI – Lahore Qalandars secured a four-wicket victory against Peshawar Zalmi in their first match of this year's Pakistan Super League (PSL) tournament at the National Stadium in Karachi on Sunday.

Earlier, after being sent in to bat, Zalmi finished with a score of 140 at the loss of six wickets.

Lahore remained runners-up during the previous season while Peshawar also has a very good track record in the tournament. Peshawar is one of only two teams in the PSL that has played the playoffs in each of the five editions so far.

Both the teams have played a total of 11 matches so far in all PLS editions, out of which Lahore won 3 and Peshawar eight.

KARACHI - The colourful opening ceremony of the Pakistan Super League (PSL) season six kicked off at the National ...