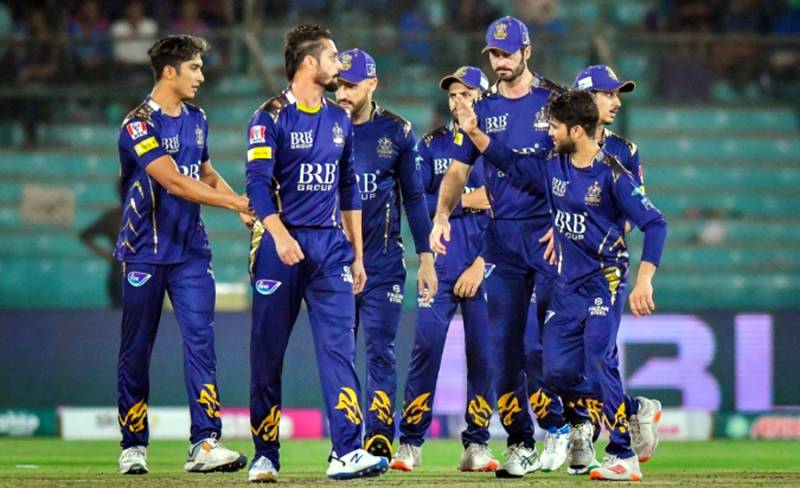 This losing streak came to an end when the Gladiators bowlers Qais Ahmad, Zahid Mahmood, and Mohammad Hasnain bowled brilliantly and bundled out Multan Sultans for 154 in 19.4 overs. Dale Steyn took the last wicket of Sultans when he sent packing pacer Shahnawaz Dhani. Qais Ahmad was the main wrecker-in-chief of Sultans batting lineup as he grabbed three wickets for 21 runs, while Mohammad Hasnain and Zahid Mahmood chipped in with two wickets each for 34 and 39 respectively.

Captain Mohammad Rizwan emerged as top scorer from Multan Sultans as he cracked classic 66 runs off 50 balls, with the help of 7 fours and 2 sixes, but his heroics couldn’t save the blushes of his side. The other key contributors from Sultans were James Vince (24 off 21), Khushdil Shah (19 off 12), and Imran Tahir (14 off 8) as the remaining Sultan batsmen couldn’t even cross the double figures.

Earlier, Quetta Gladiators started well as their openers Usman Khan and Saim Ayub provided them a solid start but later after the 13th over, their wickets started tumbling and they couldn’t add significant runs in their total, thus posted 176-7 on the board in the allotted overs. Usman Khan was the top scorer from the winning side as he played a convincing knock of 81 off 50 balls, smashing 10 fours and 3 sixes while Saim Ayub contributed 23 runs and Muhammad Nawaz 20.

For Multan Sultans, only Shahnawaz Dhani and Imran Tahir bowled well and captured three and two wickets respectively. Quetta Gladiators have the upper hand now on Multan Sultans as they have won four games against Sultans, who have defeated them two times.

KARACHI – The Pakistan Super League (PSL) 2021 matches may be delayed as it can take more than one day for the ...