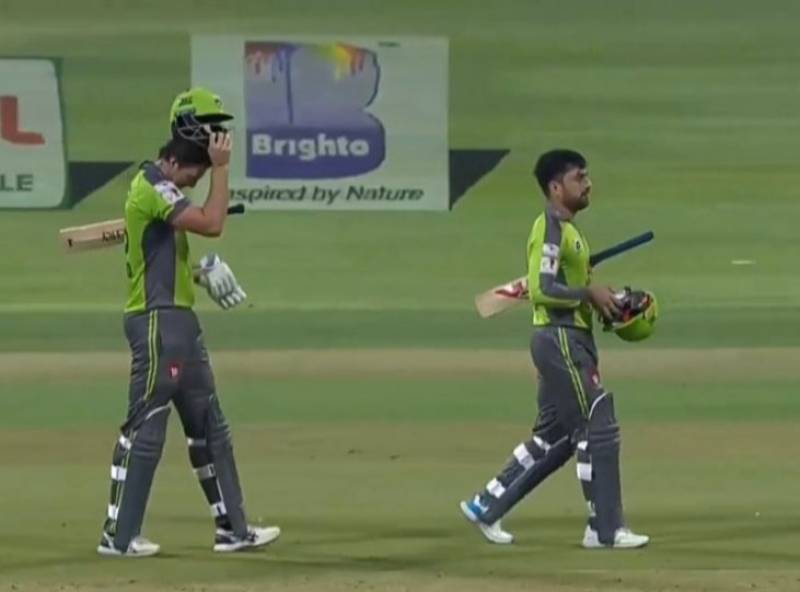 Qalandars achieved the target of 144 runs on the last ball of their innings.

Earlier, their bowling line showed superb performance as they managed to restrict Islamabad United below 150.

From the United's side, Faheem Ashraf was the only batsman to cross 20-run mark. All other batsmen were sent to the pavilion by Qalandars before they reach the 20 runs.

Usman Khawaja, 18, Colin Munro, 11, Rohail Nazir, 8, and skipper Shadab Khan, 7 were the top-order batsmen of United who were dismissed for under 20 runs.

This is first encounter between former champions Islamabad United and the Lahore Qalandars in the PSL 6 with their repeat match scheduled for Sunday, 13 June.

Both Qalandars and United, along with Karachi Kings and Peshawar Zalmi, are locked at six points apiece. But, the two sides have played one less match as compared with Kings and Zalmi, meaning Wednesday’s winner will go top of the points table after halfway stage in the competition.

The last three games of the 2018 edition were held in Pakistan, last eight matches of the 2019 event were held in Karachi despite the closure of air corridors and operational challenges following the Pulwama incident.

The entire 2020 tournament was held from start to finish across four Pakistan venues despite an interruption due to the Covid-19 outbreak. In the 2020 tournament, a large number of foreign internationals participated, including those who had previously refused to travel to Pakistan.

LAHORE – Daily Pakistan, the largest digital media platform of Pakistan, has partnered with Lahore Qalandars for ...