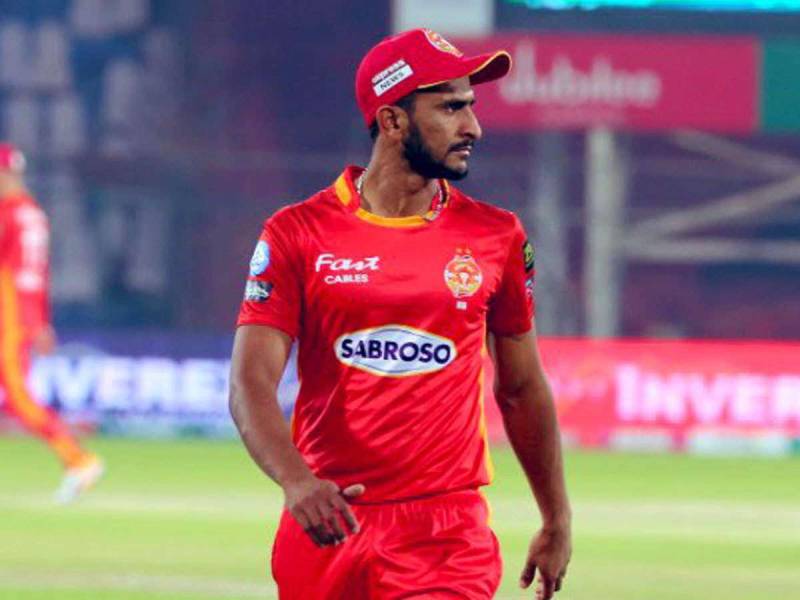 ABU DHABI – In a major boost for Islamabad United, star player Hassan Ali has decided not to pull out of the remaining matches of the PSL sixth edition, it revealed Monday.

The 26-year-old pacer was due to leave the bubble and return to his home country citing family issues. Ali didn’t play the last game where the franchise clinched victory against Qalandars.

Pakistani cricketer, in a statement issued by Islamabad United, stated that ‘I was going through a personal family issue, which has been resolved thanks to my wonderful wife.’

After consultation with his family, @RealHa55an has opted to stay on with Islamabad United for the remainder of PSL 6.

Through thick and thin: #UnitedWeWin

Star player further commended wife Samia Arzu for always standing by him through the hard times. After consulting with my wife, I have decided to stay with Islamabad United for the remainder of PSL6. I would like to thank Islamabad United for their support and understanding during this tough period, he was quoted by a press release issued by the franchise.

Earlier, a statement issued by the franchise said ‘Hassan Ali will be leaving the PSL Bubble in Abu Dhabi and returning to Pakistan due to family concerns. He will be unavailable to the franchise for the remainder of the tournament.’

Meanwhile, his team Islamabad United is all set to lock horns with Karachi Kings today. Currently, the two-time champions are placed on the top of the league table with 10 points after seven matches played.