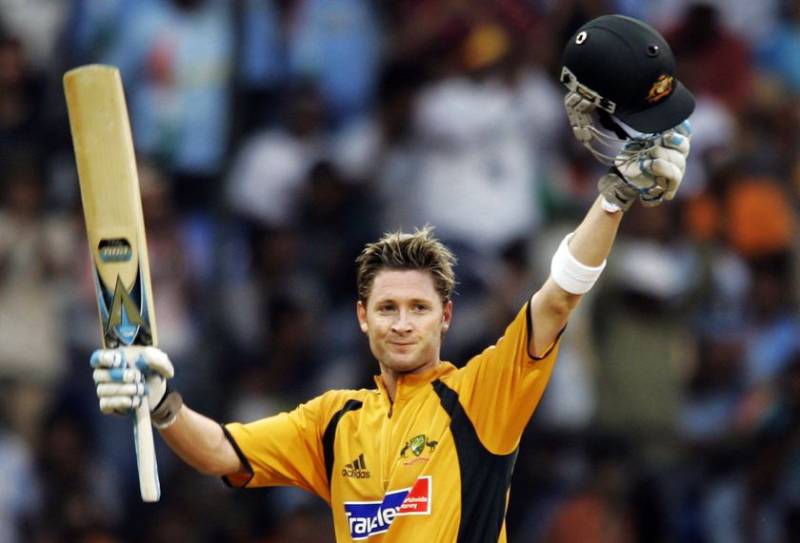 ADELAIDE (APP) - Australia captain Michael Clarke will approach Friday's World Cup quarter-final against Pakistan like a final, saying he expected a "tough challenge" from Misbah-ul-Haq's men in the make-or-break game.

Pakistan have lost nine of their last 10 one-dayers to Australia on Australian grounds, including all of the last seven, but Clarke refused to take victory for granted.

"I think Pakistan have been under-rated for a long time especially in the shorter form of the game," Clarke told reporters at the Adelaide Oval on Thursday.

"It will be a tough challenge for us and I believe we have to be at our best to beat them. We'll treat this like a World Cup final.

"If you lose, you will be sitting and watching the rest of the tournament, so we are focused on just making sure we can have success in this game."

Four-time champions Australia beat England in their opening match, had a rained-out no-result against Bangladesh and then lost by one wicket to co-hosts New Zealand after being bowled out for 151.

They then won their three remaining matches to live up to their billing as one of the pre-tournament favourites.

However, Clarke said the results of the league matches were irrelevant and the momumtum gained through the tournament will count for little if the team lost a knock-out game.

"What happened beforehand is irrelevant. It does not matter how well you have played earlier or what your plans are afterwards.

Clarke expects the drop-in pitch at the Adelaide Oval, which sported a tinge of green on the eve of the match, to assist the battery of fast bowlers on both sides.

"I think the pitch has certainly gotten quicker over the years," he said. "The groundsman always does a great job here in Adelaide. It's a beautiful ground, and we are going to see another great wicket tomorrow.

"Fast bowling will play a big part in the match especially if they leave that grass on the wicket like there is now. Both teams have good fast bowlers.

"The batters will have to make sure we play really well. I think you'll definitely see a wonderful game tomorrow, hopefully an entertaining game.

"Either way it's going to be a challenge no matter what the scoreboard says."

Pakistan, depleted by the absence of the injured Mohammad Irfan, have Wahab Riaz, Rahat Ali and Sohail Khan to share the new ball with either leg-spinner Yasir Shah or seamer Ehsan Adil as the fourth frontline bowler.

Australia and Pakistan have won four games each in their eight World Cup meetings so far. Their last Cup encounter four years ago resulted in a four-wicket win for Pakistan in Colombo.