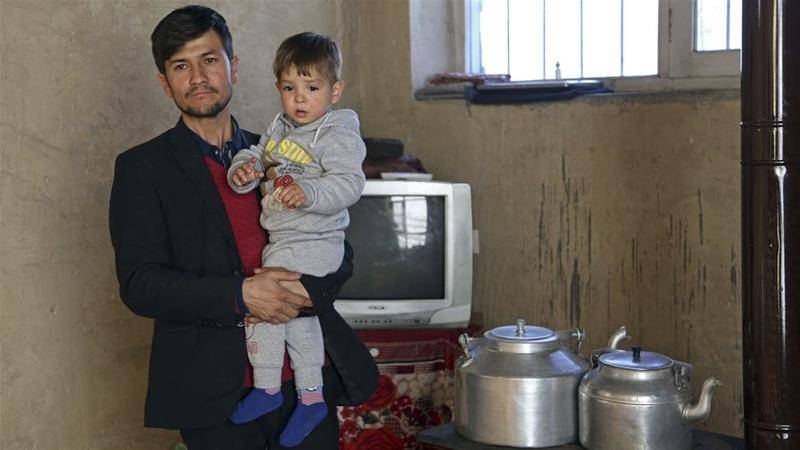 KABUL - The Afghanistan-based parents of 18-month-old 'Donald Trump' are facing threats from the community members for naming their son after the tycoon-turned-president of United States.

Sayed Assadullah Pooya, the father of innocent Trump, said he and his wife have been inundated with vulgar and insulting comments flowing after their choice of name for their third child, born a few months before the presidential elections in 2016.

Baby Trump's picture was posted online, prompting the controversy, forcing him (the father) to close his Facebook account. Some Facebook users took a strong exception to the choice of name and threatened to kill Sayed for giving his son an 'infidel name'.

Some accused him of endangering the boy's life but more worrying is the fact that even Sayed's neighbors in the area of Kabul had threatened the family, telling them to leave.

Revealing the saga stemming out of 11 letters, the 28-year-old father of toddler expressed that he didn't know at the beginning about the sensitivity of the name, however, he hastened to add that he would not change the name of his son.

"It's likely that he will be harassed or beaten by his classmates, I won't reconsider his name. To hell with the other people," said Pooya in a defiant tone.

Expressing why he named his son after Trump who is now 45th president of United States, Pooya explained that he was inspired after reading the Persian language versions of the businessman's books, including 'How to Get Rich'.

"I did a lot of research about him and that motivated me to choose his name for my son," he explained hoping that his son will 'be as successful' as the occupant of Oval office.

The procedure to name their son in a strikingly odd manner was a bumpy ride for the parents as relations broke down the young family. They moved to Kabul, and are now estranged from their relatives, merely for their 'Donald Trump', still not able to talk or communicate effectively.

Some social media buffs also suggested that the name could be a decoy to seek asylum in the United States, however, Pooya vehemently denies the allegation.

Though the locals apparently dislike the idea of a bizarre name, considering the volatility of war-ravaged Afghanistan and religious fundamentalism, Rohullah Ahmadzai, a senior adviser at the Population Registration Office in Kabul held a different opinion.

'They (parents) have the legal right to name their children whatever they want, even after American presidents,' said the official.