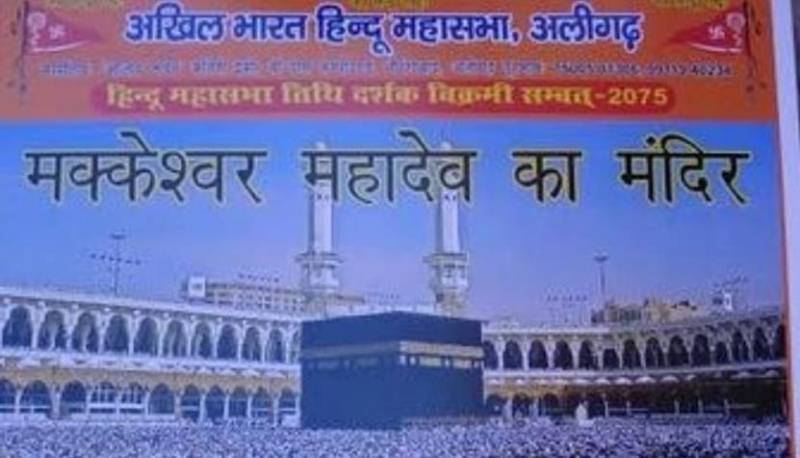 Fanning a new controversy, the calendar says the Kamal Maula Mosque in Madhya Pradesh has been called ‘Bhojshala’ and Gyanvapi Mosque in Kashi has been referred to as ‘Vishwanath temple,’ reported The Time of India. 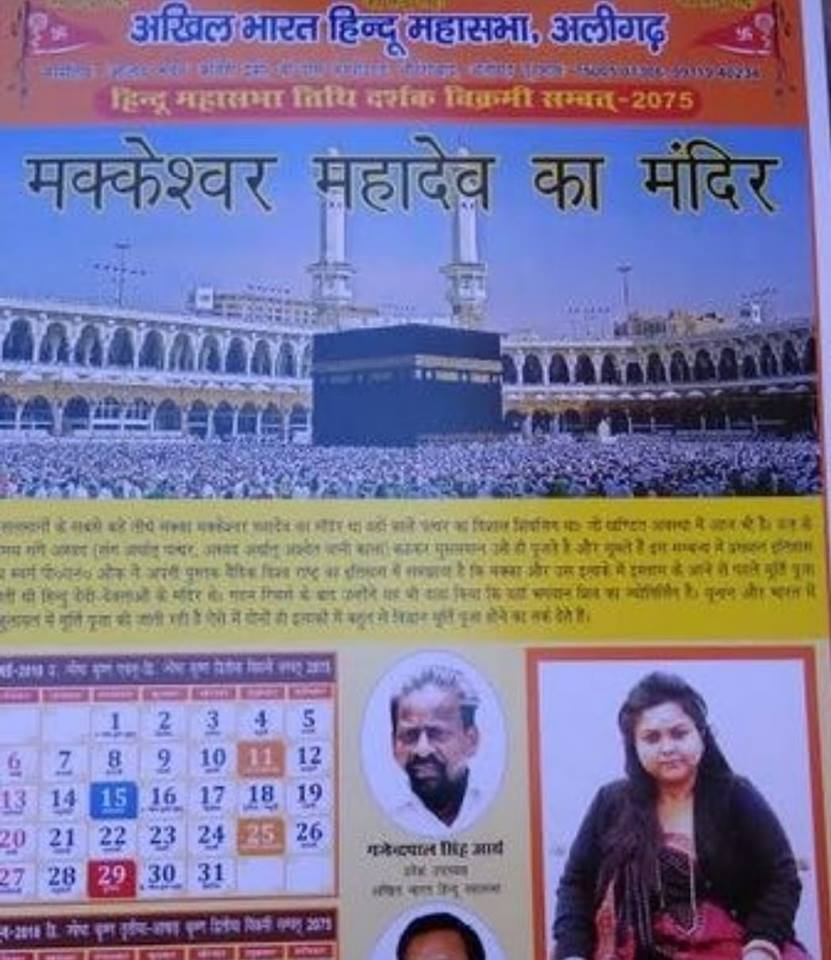 Hindu Mahasabha national secretary Pooja Shakun Pandey, while speaking to The Times of India, said that the organisation has pledged to make this India a Hindu Rashtra. She hoped that the government will accept their demand and declare the country a Hindu nation.

She claimed that Muslims occupied several Hindu sites, which now will be restored to their original names.

Meanwhile, Imam-e-Eidgah Maulana Khalid Rasheed Firangi Mahli, who belongs to All India Muslim Personal Law Board (AIMPLB), has rejected all these claims as baseless. He said that dubbing the holy site of Makkah a Hindu temple is against the spirit of secularism.

Former MLA from Aligarh, Zamirullaha Khan said such attempts were being made to divide the society. He accused PM Narendra Modi-led government of these attempts. He said that the incumbent government believes in the policy of dived and rule.