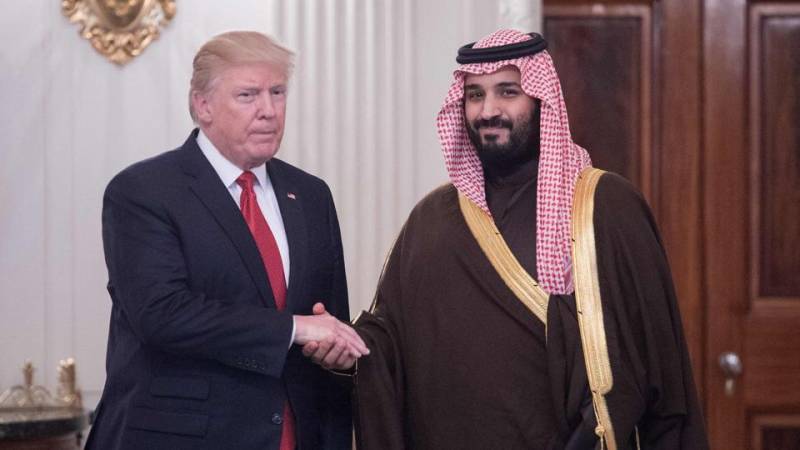 WASHINGTON - Saudi Crown Prince Mohammed bin Salman defended his country’s bombing campaign in Yemen at the outset of a US tour to generate goodwill for his nation, accusing rebel forces of exploiting the situation there to win sympathy from the international community.

The ruling prince spoke about his nation’s relationship with Iran during an interview on CBS’s “60 Minutes” that airs on Sunday. The interview covered topics ranging from easing strict adherence to Islamic orthodoxy in his country to and nuclear arms.

Saudi Arabia has been warring for three years with Yemen’s Houthi rebels, who the prince maintains are backed by Iran. Thousands have died in air strikes and from a naval blockade that impeded humanitarian aid.

Bin Salman said the rebels have launched missiles at his nation’s capital, Riyadh, and that the US wouldn’t tolerate comparable attacks on its cities from, for example, Mexico. Still, when asked to acknowledge the Yemeni death toll, the prince called the situation painful while shifting responsibility for it to the enemy.

“I hope that this militia ceases using the humanitarian situation to their advantage in order to draw sympathy from the international community,” he said, according to a transcript provided by CBS. “They block humanitarian aid in order to create famine and a humanitarian crisis.”

Bin Salman is expected to meet with President Donald Trump as well as executives from Apple Inc. and Alphabet Inc.’s Google during his first US trip since becoming ruler, according to a person briefed on its details. His itinerary also may include stops in New York, Boston, Houston, San Francisco and Los Angeles, where he’ll meet with top movie industry executives, the person said on condition of anonymity because the plans aren’t final.

The crown prince will use the trip to promote investment opportunities in the biggest Arab economy, the person said.