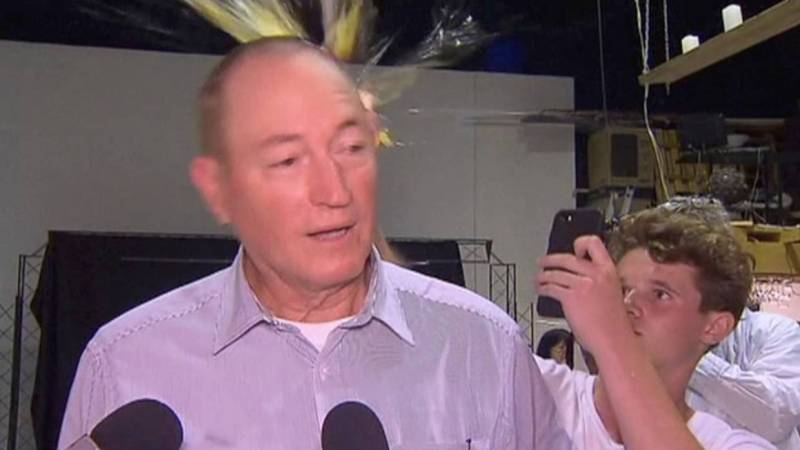 SYDNEY - The teenager, Willy Connolly has become a global hero and internet sensation for egging an Australian senator. His move seems to have changed his life for good after his heroic act of protesting the politician’s extremist views.

Connolly cracked an egg on senator Fraser Anning’s head during a media conference in Melbourne. He has been applauded for his act.

After the bold step, the egg boy has been offered free tickets for a lifetime for not just bands like The Amity Affliction and Violent Soho but also hip hop festival Rolling Loud.

Popular musicians worldwide have taken an initiative to reward Will Connolly with lifetime entry to their shows after he smashed an egg on to the head of the controversial politician.

Egg Boy, you have free entry to any Hoods show for life should you wish.

This kid is welcome at any TLE show. Anytime. Anywhere. In egg boy we trust. https://t.co/EBI0Vhm0iM

This is great. Let’s make this a thing. Egg boy has free entry to every @JebediahHQ and @BobEvansMusic gig for life if he so chooses #eggboy

The boy said after the incident, “You’ll get tackled by 30 bogans at the same time. I learnt the hard way.”

Moreover, since Saturday, his Instagram followers has garnered over 400,000 while also having a GoFundMe page launched for him which has accumulated over $40,000.